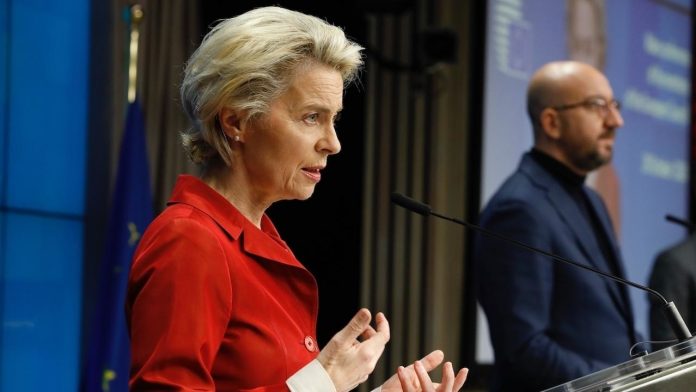 The European Union will fund the transfer of patients across borders within the block to prevent hospitals from being overwhelmed as Covid-19 infections and hospitalizations increase on the continent.

After a video conference with EU leaders to discuss the health crisis on Thursday, EU Commissioner Ursula von der Leyen said the EU director had made € 220 million available to move Covid-19 patients across borders.

“The spread of the virus will overwhelm our healthcare systems if we do not act as soon as possible,” she said.

At the meeting, leaders agreed to better coordinate efforts to fight the virus as infections in Europe exceeded 10 million, making the continent again the episode of the pandemic.

EU countries want to avoid divisions that opposed the 27-nation bloc at the start of the pandemic when nations competed with each other to buy scarce medical equipment.

The Commission is also stepping up its efforts to obtain potential vaccines against the new coronavirus.

The EU was in talks with four companies and had already closed supply agreements with three more, she said.

The EU has secured potential vaccines being developed by AstraZeneca, Sanofi and Johnson & Johnson.

It has also said it is in talks with Moderna, CureVac and a partnership between Pfizer and BionTech. Reuters reported in September that the EU was also in initial talks with Novavax.

The chairman of the meeting, Charles Michel, said EU leaders committed to a fair distribution of vaccines once they were available. That would happen in relation to the population, von der Leyen said.

Michel said vaccination plans at the national level were crucial to ensure that the first limited doses of vaccines could be quickly distributed to those most in need.

However, many countries have not yet defined their grafting plans and have different goals.