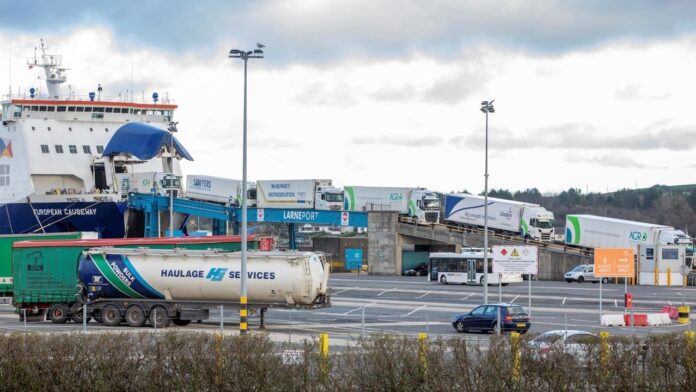 The divorce between the United Kingdom and the EU is being rejected every day. The European Union said on Monday that it was taking legal action against Britain, claiming that the former member did not respect the terms of the Brexit exit agreement and violated international law.

The EU of 27 countries opposes the United Kingdom unilaterally extending a respite period after 1 April for trade in Ireland, where the EU and the UK share a land border and where a special trading system was set up as part of the divorce agreement with Brexit.

“Recent measures have once again put the UK in the way of a deliberate breach of its obligations under international law and the duty of good faith,” EU Vice President Maros Sefcovic wrote to his British counterpart David Frost.

It marks a further deterioration of relations between the two sides since a transitional period for divorce ended on 1 January. Disputes have ranged from vaccine disputes to the full diplomatic recognition of the EU in the UK and now again the terms of the divorce agreement.

Northern Ireland is part of the United Kingdom but remained part of the EU’s single market for goods after Brexit to avoid a hard border that could revive sectarian violence. This means that products coming from the UK are facing EU import regulations.

A spokesman for the British government said it would respond to the European Commission “in due course” and insisted the measures were temporary and aimed at reducing disruption in Northern Ireland.

“They are legal and part of a progressive and good faith implementation of the Northern Ireland Protocol,” the spokesman said in a statement. “Low-level operational measures such as these are well-anticipated and common at the beginning of major international treaties. In some areas, the EU also seems to need time to implement the details of our agreements. This is a normal process when implementing new treaties and not something that should justify legal action. ”

In September last year, the United Kingdom had already upset the bloc with 27 countries when considering legislation that would have given Boris Johnson’s government the power to override part of the Brexit withdrawal agreement on Northern Ireland. So the EU sees Britain’s statement on March 3 as proof that Britain has now twice tried to break an international agreement.

Sensitivity to the status of Northern Ireland was emphasized this year when the EU threatened to ban the transport of coronavirus vaccines to Northern Ireland as part of movements to strengthen the bloc’s delivery. It would have drawn a hard line on the island of Ireland – exactly the scenario that the Brexit deal was created to avoid.

The grace periods cover areas such as animal products and parcel deliveries to Northern Ireland from the rest of the UK and medium controls are not yet fully applied. The first deadline would have expired at the end of this month, but the UK has promised to extend them until October in a move that is widely welcomed by companies in Northern Ireland.

The British government said it saw challenges facing companies such as supermarkets in Northern Ireland during the first weeks of the year. “That is why it is right to provide a proper additional period for them to plan ahead, especially in the current circumstances of a global pandemic,” it added.

In what is part of a protracted legal process, the EU has sent a so-called “formal notice” to London, complaining that it violates the EU-UK deal. The UK has one month to respond before the EU can start a second phase. The issue may eventually go to arbitration, and ultimately the UK may face financial sanctions.

Sefcovic wrote in his letter that he hoped that the United Kingdom would soon come up with a plan for how Northern Ireland’s controls could be carried out to avert further legal action.

Monday’s move was a sign of the general bad climate between the two sides. Only last week, the leaders of the EU and the United Kingdom clashed in an angry exchange over vaccine exports.

Already worried employees during the UK’s 47 years of EU membership, conditions have deteriorated since the 2016 referendum when the UK voted to leave the bloc. After urgent exit talks, the split became official last year, but both sides then began fighting over a trade agreement.

An agreement was reached on Christmas Eve but still needs to be approved by the European Parliament. Recent legal issues may affect regulatory approval.