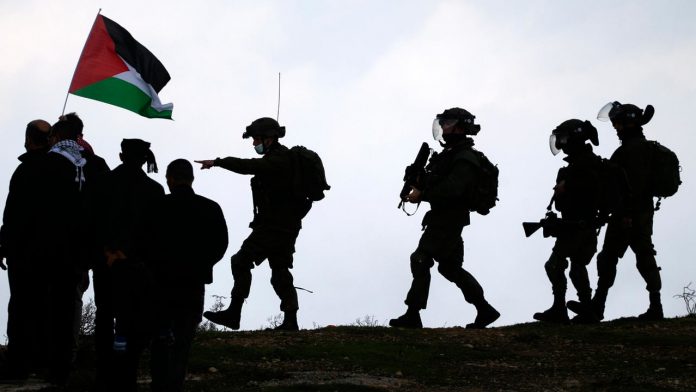 More than 400 lawmakers have called on leaders to use Joe Biden’s new presidency as an opportunity to stop what they call Israel’s de facto annexation of the occupied West Bank.

A letter that AFP saw was signed by 400 European politicians from different backgrounds who serve in national legislatures and senates or in the European Parliament.

The letter is addressed to European Foreign Ministers and EU foreign policy chief Josep Borrell, claiming that the “Biden administration provides a chance to correct the course” of Middle East diplomacy.

“The former US government left the conflict further away from peace than ever before,” it added.

Former President Donald Trump broke with much of the international consensus on the Israeli-Palestinian conflict.

Trump recognized Jerusalem as Israel’s “undivided capital” and moved the Washington embassy there, outraging the Palestinians who claim the eastern part of the city as the capital of their future state.

The State Department under Trump also said that Jewish settlements in the occupied West Bank were no longer considered illegal.

While the Trump plan is dead, the expansion of the settlement continues, with Israel regularly approving the construction of new homes for Jews in the Occupied Palestinian Territory.

“However, developments on the ground clearly point to a reality of rapid de facto annexation, in particular through accelerated settlement expansion and demolition of Palestinian structures,” the letter said.

“Europe must work with the Biden administration, the countries of the region and the parties in the field to prevent unilateral action that undermines the possibility of peace, promote the rights and security of all people under the effective control of Israel.”

Israel’s occupation of the West Bank began after the Six Day War in 1967, the conflict that also led to it taking control of East Jerusalem, an area to which it was later annexed.

The European Union insists that all viable Israeli-Palestinian peace agreements must be based on Israel’s borders before 1967 – a condition that is rejected across large sections of the Israeli political spectrum.

Biden has announced that his government will restore US opposition to the West Bank’s settlement expansion, but he does not intend to move the US embassy back to Tel Aviv.

The letter also says that Gaza, the Israeli-blocked Mediterranean clave, “still risks violent escalation at any time” and blames both the blockade and “intra-Palestinian divisions”.

Hamas Islamists who have controlled Gaza since 2007 are longtime rivals of Fatah’s secularists who dominate the Palestinian Authority, but the two sides are engaged in unity pressure ahead of Palestinian elections called for later this year.

“Palestinian reconciliation and elections across Palestinian territory are crucial, including as a basis for stopping the isolation of Gaza,” the letter said.