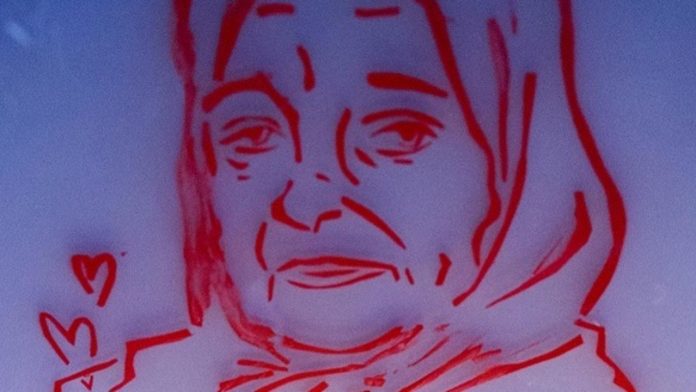 Algerian citizen Zineb Redouane died shortly after she was hit by a tear gas grenade in her apartment in Marseille. Two years after her tragic death, relatives have filed a legal complaint against former Home Secretary Christophe Castaner for “hiding evidence” while investigative journalists have questioned the results of a ballistic report that cleared officers of wrongdoing.

On December 2, 2018, 80-year-old Zineb Redouane died on an operating table at La Conception Hospital in Marseille, hours after she was hit by a tear gas grenade that was fired into her apartment by riot police.

Redouane, an Algerian citizen, was standing by the window of her fourth-floor apartment in central Marseille when the capsule hit her in the face. Relatives said she tried to close the shutters in the midst of the chaos of clashes between police and the “Yellow Vest” against government protesters on her street.

Two years later, her daughter Milfed Redouane filed a legal complaint with the Cour de Justice de la République (CJR), a special court set up to hear cases of ministers. The complaint is against the then Minister of the Interior Christophe Castaner, whose statements in the wake of Redouane’s death tried to clear the police of all responsibility.

Yassine Bouzrou, a lawyer for Redouane’s daughter, has repeatedly accused the former minister and other senior officials of obstructing the judiciary. The complaint before the CJR – a rare event in France – takes the matter a step further and formally accuses Castaner of “hiding and disturbing evidence”.

“We need to stop this talk of police violence”

Redouane’s tragic death came at the height of the Yellow Vest protest movement and its violent repression, which shed a strong light on the horrific weapons used by the riot police in France. It hit a city already gripped by anger and grief and came just weeks after eight people – most of them immigrants – were killed in the collapse of several dilapidated buildings a few blocks away.

Like other tragic events, it has become symbolic of what many in France regard as an institutional unwillingness to investigate cases of police violence and acknowledge responsibility. Two years later, an investigation into Redouane’s death is still ongoing, and no officer has been charged or suspended for the fatal incident – a fact that Bouzrou blames on decisions and statements made throughout the chain of command, leading all the way up to Castaner.

In the months following the fatal incident, Castaner, now head of the ruling LREM party in France’s lower house, repeatedly claimed that Redouane’s death by cardiac arrest had no connection to the police grenade.

“I will not let it be said that the police killed Zineb Redouane, because it is false,” he told France Inter radio on March 19, 2019. “We must stop this conversation about police violence,” Castaner added, reiterating President Emmanuel Macron’s claims, as was done earlier this month, that the “words” police violence “are unacceptable according to the rule of law”.

>> Police work without consent: Why French police are ill-equipped to “retake” Paris suburbs

In his defense, Castaner’s office said the former minister only repeated statements from Marseille’s public prosecutor, Xavier Tarabeux, who had since been transferred to another post. One day after Redouane’s death, Tarabeux said an autopsy had shown that “facial shock” was not the cause of death. He added: “At this stage, no link can be established between the injury and her death.”

Since then, Redouane’s family has received the transfer of the investigation to another jurisdiction, claiming that the presence of one of Tarabeux’s deputies at the scene, in company with the police, compromised the probe’s impartiality.

In a series of complaints, Bouzrou has also accused police of concealing important evidence, including withholding rifle grenade launchers used the night of the fatal incident. He has questioned allegations by the Inspection Générale de la Police Nationale (IGPN), a police surveillance agency, that the surveillance camera placed in front of the Redouan building was “inactive” that night.

Interviewed by IGPN in the wake of Redouane’s death, all five officers who used rifle grenades in the area denied involvement that day.

The complaint to the CJR comes as the French government has been forced to make an embarrassing turn on its controversial plans to restrict the sharing of images of police on social media – a practice that has helped uncover many cases of police crime in recent years. Media organizations and human rights activists have warned that the plans would stimulate officers to challenge anyone who films them.

In interviews with French media, Milfet Redouane has said that she was on the phone with her mother when the latter was hit by the tear gas canister. She said her mother shouted that she had been targeted by police, suggesting that officers may have thought her mother was filming them from her window.

In June this year, the French daily Le Monde reported that a 73-page ballistics report written by a police officer and a doctor had cleared officials of responsibility at Redouane’s death. The report, based on images from other nearby surveillance cameras, concluded that the tear gas grenade was fired “in accordance with the rules of engagement”.

Already questioned by Bouzrou, the report’s findings were categorically rejected on Monday in a separate study by the investigative website Disclose and the British agency Forensic Architecture, which uses 3D modeling to investigate cases of state violence and human rights violations.

Their counter-investigation claimed that “the presence of several buildings directly in front of the shooter should at least have constituted a red warning.” It noted that the Cougar-type rocket used in the incident had a range of about 100 meters and that the projectile struck Redouane “after 37 meters”, while still rising, “collapsed” the right part of her face and caused her to inhale large amounts of tear gas.

“According to our investigation, the responsibility of the shooter and his supervisor for the death of Zineb Redouane is clear,” the study concluded.

Magistrates in Lyon, who are now in charge of the investigation, have not yet made a decision in the official ballistic report.