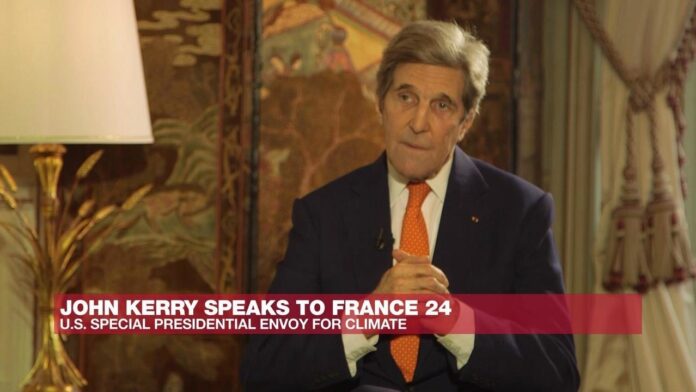 The United States Vice President for Climate Change, John Kerry, gave an exclusive interview to Jowharat the US Embassy in Paris. Kerry is on a trip to Europe to resume Washington’s commitment to the fight against climate change. He said that with the election of Joe Biden, the United States is ready to compensate for its “unforgivable absence” over the past four years in the climate change issue under Donald Trump. Kerry expressed hope that the coming years will be “the decade of decision and the decade of action” but warned that “all countries must do better”.

“[The COP26 UN Climate Change Conference in] Glasgow [in November] is a critical movement for all of us … We must gather to fulfill the promises made in Paris. Right now we are not …, Kerry told FRANCE 24.

“The UN Climate Framework Group has made it clear: all countries need to do better, must raise their ambition.”