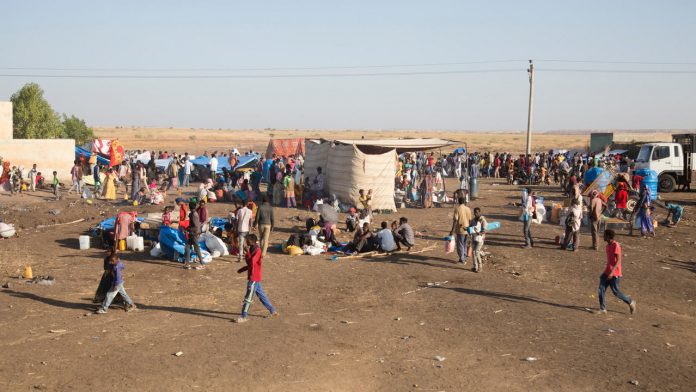 Since clashes broke out between Ethiopian forces and the Tigray People’s Liberation Front (TPLF) earlier this autumn, tens of thousands of civilians have fled across the border into neighboring Sudan. But once they are safe from the violence in their homeland, they must survive their new lives in exile.

By December 1, more than 45,000 refugees had already crossed the border between Ethiopia and Sudan. In the coming months, and depending on how the conflict develops, the UN estimates that the number of Ethiopian refugees in Sudan will swell to as much as 200,000.

Arriving in carriages, on tractors, in boats and on foot, they usually take nothing more than the clothes they wear. Some have spent as much as two weeks in the direction of security, and mostly without food after avoiding villages occupied by militias or soldiers. They tell all the scary stories about their path to exile: bodies on the streets, targeted executions and bombings …

Although Sudan agreed to open its doors to Ethiopian refugees, it was not prepared for the influx it would lead to. The villages of Hamdayet and Hashaba, for example, were immediately flooded with thousands of refugees and the food and blankets that local NGOs gathered among villagers quickly ran out. Many refugees have therefore had to sleep outside without any of them.

The camp from the 1980s reopened

The Sudanese authorities have also tried to provide assistance, but within just a few days they were also overwhelmed by the large number of refugees who need assistance. Because eastern Sudan is so inaccessible, it has taken time for international NGOs and UN aid groups to provide emergency services to refugees. And the support available so far is limited due to lack of funds.

To accommodate the flow of refugees crossing the border, Sudan has reopened the Um Rakuba situation – an abandoned refugee camp used in the 1980s during the war between Ethiopia and Eritrea. The camp accommodates more than 10,000 people, but contrary to what many of the refugees had expected on arrival, the camp lacked both protection and adequate water supply. They also lack food. Aid groups are currently competing against time to help refugees survive their new lives in exile.