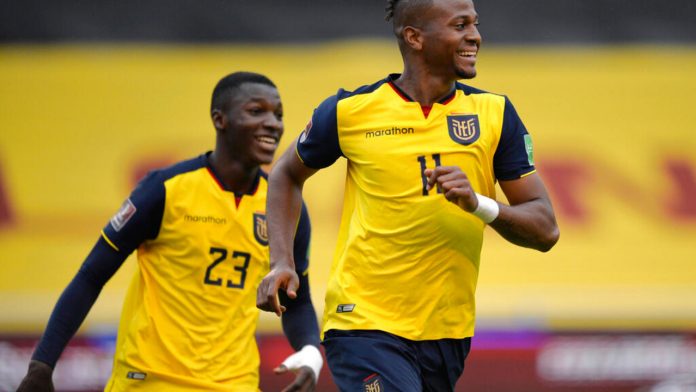 Colombia conceded six goals in a World Cup qualifier for the first time since 1977 on Tuesday when they went down 6-1 to a fantastic display from Ecuador in Quito.

The six goals were as many as Ecuador did in their previous 16 matches against their neighbors.

Ecuador, who failed to qualify for the 2018 World Cup, scored four times in the first half just for a penalty for James Rodriguez to reduce the deficit just seconds before half-time.

Colombia, who were beaten 3-0 at home by Uruguay last week, fought all the time and Gonzalo Plata restored Ecuador’s four-goal advantage 12 minutes from full time to only receive a second yellow card for his celebration.

Pervis Estupinan made it 6-1 in the last minute of the match to secure a miserable day for Colombia.

Ecuador cemented their place among the early tempo-setters in the South American qualifying group for Qatar 2022 with nine points from the first four matches.

The top four teams in the South American group of ten teams automatically qualify for the World Cup and the fifth-placed side enters an interregional playoffs.