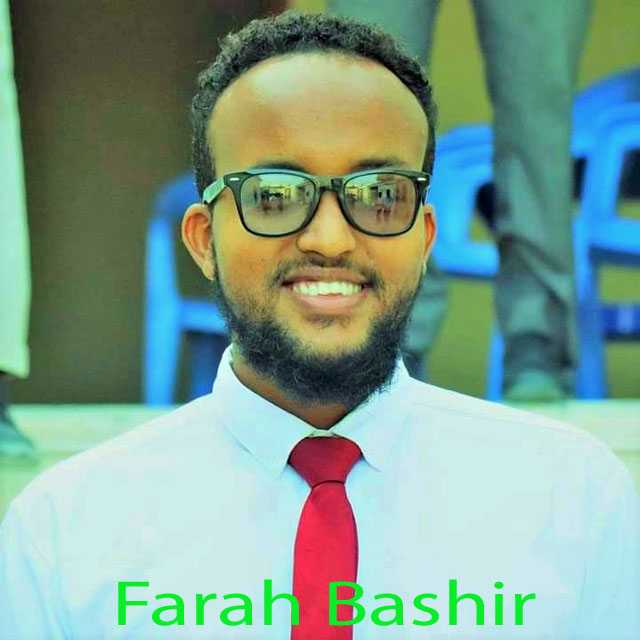 Somalia has been in civil war for more than two decades. The conflict devastated the entire nation’s public institutions; but, now the nation is recovering from these wars.

Warlords and other armed groups were the main obstacles for development and reconciliation efforts. The country had the first elected president in 2000 since the collapse of the central government; the state institutions and overall public sector agencies and the role of government has been growing from time to time.

In 2012, Sheekh Sharif managed to hold the first election inside the country; the power transfer and overall election process were based on consensus and it was normal enough for a country affected by civil war. The nature of the indirect election is that they can be manipulated as the larger community members are not part of the process.

Also, President Hassan Sheik Mohamud successfully arranged the second presidential election in the country in 2017; despite the reports of corruption and fraud and the use of money during the election, but again the overall process was accepted by the majority of political actors; it was based on mutual acceptance by all stakeholders; the election occurred in the Aden Ade International Airport where most of the candidates felt comfortable.

One of Hassan’s main agenda was to establish new federal member states being able to facilitate the foundation of Southwest, Jubaland, Hirshabale, and Galmudug States. Puntland state existed before these states; it enjoyed years of an autonomous rule while Somaliland declared itself as an independent nation.

Since the incumbent president come to the power in 2017, Somalis had great expectation from the new administration hoping to come up with massive policy reforms. But, the expectancy went on the other way; hopes became undermined; rather, the new system burdened the fragile state and weakened its institutions. The government’s check and balance system was also disturbed; the speaker of the parliament and supreme court judge were replaced to enable villa Somalia’s agenda, and pave the way for gross constitutional irregularities and violations.

Farmaajo’s personalized branding: As the president came into power, the use of social media for baseless propaganda has skyrocketed; state-sponsored whoopla has been observed in the main social media platforms; organized units and fake social media users were established to defame opposition leaders; tagging, labelling, and shamming were the main tactics used throughout their term.

The ruling team committed character assassination against opposition leaders including former presidents and renowned politicians.  The current government has put a lot of efforts on sponsoring propaganda and forgot to invest in the vows made during the campaign.

The president’s psychology shows to have infatuated with what the past dictators used to do and admires to hear unjustified appreciations in the form of songs, TV and radio programs, and posters. The pictures of the president were put in the main urban hubs just to strength his psychology. The administration also posed an imminent threat to the independent journalists as witnessed.

The PRESIDENCY is the sole standing body with the absolute ability to exercise power.

The president’s office tried to remove the heads of the federal member states (FMS) from the office using force (National Forces including the NISA, and Special Forces), bribes, and propaganda. A good example for these irregularities are the Southwest elections that followed by the civilian killing and violence; the direct manipulation of the federal government in Galmudug elections and the removal of Ahlu-Suna; the failed attempts to destabilize the Jubaland Authority, and the late Hirshabelle Election which is obviously predetermined. In addition to that, the FGS tried to intervene in the Puntland state elections, but these efforts failed.

In addition to that, Somalia’s longest-serving Prime Minister, Hassan Ali Kheire, was politically victimised by the villa Somalia because of his insistence to hold timely elections in the country which was totally against Villa Somalia intentions; the presidency was trying to put barricades to prevent timely elections. The removal of the former PM Hassan was illegal and unconstitutional; it was also a political suicide.

Why did the National Electoral Commission fail? Simply, the commission didn’t receive political will from the top-level authorities. They had four complete years to come up with clearer plans and strategy to hold the election. However, it didn’t happen.

The president has been reluctant to hold the election, and he was publicly insisting to execute the 1p 1v election which was not realistic and feasible at the time due to the nation’s political context. The villa Somalia team were hoping to come up with an election model that can be manipulated, but things didn’t work on schedule due to the gross resistance by most of the political stakeholders. Farmaajo’s administration tried to do everything that might keep him in power and ensures his re-election for the second term.

In October, Federal Government of Somalia and the Federal Member States officially agreed on the election roadmap which was based on consensus; parties decided to hold a timely indirect election in the country which is very similar to the 2016 election model except for an increase in the of the electoral college for each parliamentary seat which is 101 voters from 51 voters in the previous events. State and federal level electoral and conflict resolution committees were formulated to conduct the new election roadmap with transparency and accountability.

Immediately, the FGS has appointed federal committee members occupied by the government supporters, public servants including the current deputy director of the president’s office, and members from the security sectors especially the NISA agency. The involvement of national intelligence staff in political matters has been very popular and widespread in the Somali political sphere. Correspondingly, security members appeared in many of the Pro-FGS FMSs appointed committee members. The committees were rejected by the opposition leaders.

In addition to that, there is an ongoing adminstrerial reform on some of the government officials; new officials are being appointed at BRA (Benadir Regional Administration) level including deputy governors and district commissionaires from Farmaajo’s campaigners and NISA personnel appeared the lists of the political appointees. On the other hand, there have been growing rumours which is the use of forces from Eretria to secure villa Somalia’s election goals.

Will the funds from the international community(IC) fuel a new type of dictatorship?

The elections in Somalia are supported by the IC to help the growing governance structures and the peaceful transition of power.  The IC has been investing the nation’s democracy for years; they supported the different national reconciliation processes. They also sponsored the constitutional development and review program. The current administration is planning to corrupt the system, and control election results before its occurrence.  Will the IC funds contribute to the formation of a new oligarchy system or a deep state?

The nation’s elections are under unfathomable threat of leading to crisis and newer political instability in Somalia. What can be expected from an election facilitated by special staff from the presidential palace and members from the security sectors; an election which is monitored and observed by the incumbent president’s staff and allies. How will the results be fair?  Ridiculous!!