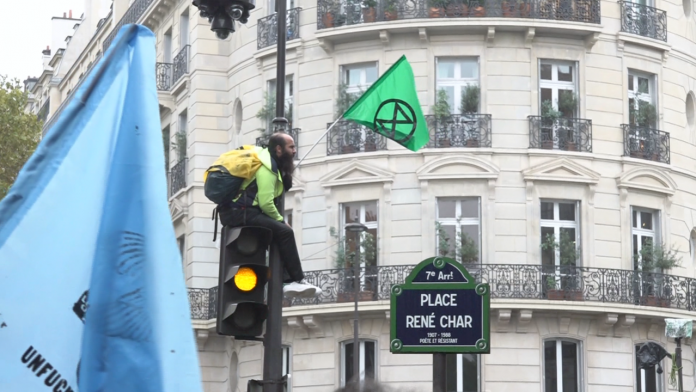 France’s new generation of environmental activists have rejected traditional marches and petitions that they see as ineffective and old-fashioned in favor of shock tactics: occupying public spaces, blocking multinational companies and tearing down official portraits of the president. They say that civil disobedience is necessary to highlight the escalating climate crisis. Our reporters went to meet them.

The activists’ goal is to pressure governments and companies to fulfill promises to protect the environment and slow down global warming. The Paris Agreement, adopted in December 2015, obliged governments to work to keep global temperatures well below 2 degrees Celsius above industrial levels.

Some activists have given up well-paid jobs to engage full-time in the case, risking arrest and subsequent lawsuits.

Who are these activists who sit on the wrong side of the law? What is their strategy and does it work?

FRANCE 24’s journalists got access behind the scenes in two young movements: Extinction Rebellion and ANV-Cop 21.