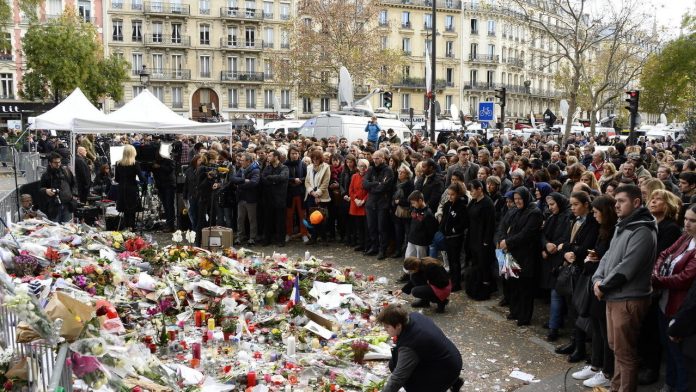 Five years after a group of jihadist assassins carried out France’s deadliest atrocity in peacetime, the country is once again on its highest security alert after a series of attacks accused of Islamist radicals.

At the November 13, 2015 massacre, 130 people were killed and 350 injured when Islamist suicide bombers and gunmen attacked the Stade de France stadium, bars and restaurants in central Paris and the Bataclan concert hall.

The great horror of the attacks, claimed by extremists from the IS group, left scars that still have not healed.

The security threat to France has not diminished, security sources say, although the nature of the risk has changed with attackers who are more likely to be lone extremists inspired by a deadly ideology than part of an organized group.

“You may think the threat has disappeared into the background when other problems arose,” a French security source, who asked not to be named, told AFP.

“But in reality, the figures show that it has been high since 2015.”

The security source quoted by AFP said the terrorist threat was higher in connection with the current Charlie Hebdo trial and a new trial against the Paris attacks, which will open at the beginning of next year.