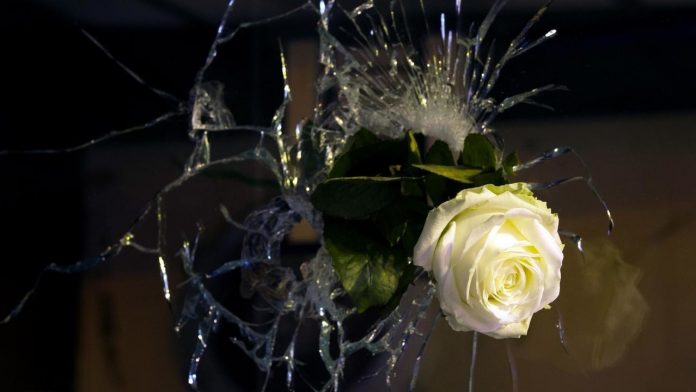 It started as a Friday night like everyone else – Jean-Christophe met a new love interest in town, Kavita celebrated her boyfriend’s 43rd birthday and Sam attended a funk gig – but the evening would turn into an evening of pure terror, when a group of jihadists Commands descended on the French capital, launching a series of attacks, killing a total of 130 people. Four Parisians remember how the night of 13 November 2015 developed.

At 9.20 pm and Jean-Christophe Nabères, 33, was in the middle of dinner with his date in a restaurant in central Paris when he started getting news about his explosion at the Stade de France stadium just north of Paris. He was shocked by the news.

“But then I started getting more warnings, as well as texts from friends, who talked about shots in several different areas of the city,” he recalls.

The coordinated jihadist attacks began with three suicide bombers detonating their explosive vests at the Stade de France sports arena in the Paris suburb of Seine-Saint-Denis. France played a friendly football match against Germany and had drawn an audience of at least 80,000, including then-President François Hollande. All three suicide bombers and one bystander were killed in that attack.

Lili Rathipanya, 40, who lives just 50 meters from Le Petit Cambodge, recalls how she began to hear “endless” sirens shaking outside her window.

“I remember thinking how strange it was that the sirens just never seemed to stop. There were ambulances, police cars, everything. Moments later, she logged into her Facebook account and found her news feed flooded with posts about the ongoing attacks.

“The media sent live reports, and friends sent warnings about what was happening. It was really scary. ”

Facebook had for the first time activated its “Safety Check” feature for an event that did not involve a natural disaster, which allowed Parisian users to mark themselves as “safe”.

“It was unreal that it happened right outside my home,” she says, explaining that she quickly sent a message to her account and told people that her door was open to anyone seeking refuge.

In the streets of Rathipania’s home alone, 18 people were killed that night.

Look >> In memoriam: A look at some of Paris’ attack victims

But the attacks were far from over. The gunmen, who were later confirmed to be affiliated with the Islamic State (IS) group, had also opened fire further into the 11th arrondissement, targeting Parisians for dinner and drinks at the Comptoir Voltaire Café restaurant and bar La Belle Équipe. 21 people died in the latter.

The night’s deadliest assault, however, took place almost simultaneously in Bataclan’s concert hall – also the eleventh – where the American rock band Eagles of Death Metal played. Ninety people died and more than 200 were injured, many of them seriously, after three armed men with explosive belts stormed the premises and attacked the band’s 1,500 spectators with machine guns. Hundreds of survivors were also held hostage until police raided the theater a few hours later.

Sam Davies, 38, who lives just a stone’s throw from Le Carillon and who had attended a concert at the Bataclan the night before, was on his way home after a quick drink with his friends when he on a whim decided to end his Friday night by support a friend who sang at a nearby bar.

“So instead of turning right that night, which would have taken me past Le Carillon, I turned left,” he recalls. “So funk music literally saved my life.” While listening to the concert, he received a text message from a friend saying that it had happened at Le Carillon.

At first I thought it was just a drug thing, like a random shooter, so I did not think about it too much. But then I started getting texts from other friends and checking that I was OK. ”

Everyone in the audience started checking their phones, he says. “And about halfway through, everyone just burst into tears, when it dawned on everyone how serious it really was.”

Davies, who sometimes works as a freelancer at FRANCE 24, and everyone else who attended the concert were locked inside the bar for at least two hours to ensure their safety. After spending the night on a friend’s couch, he returned to his neighborhood the next day. “One of the pictures that has really stuck with me since then is a street cleaner who swept the blood from the zebra crossing. It was deeply disturbing. ”

‘The faces of the people changed’

For Kavita Brahmbatt, 41, the night of November 13, 2015 was similar. She was celebrating her boyfriend Ben’s 43rd birthday with friends at a gallery in the Marais area when she picked up her phone from her purse to check why one of her friends had not yet turned up.

“I looked at my phone and I had 25 missed calls,” says Brahmbatt. “Then Ben came and said to me, ‘There has been a terrorist attack. Freak out ‘. “When Kavita looked up from her phone, she saw that the friend she had talked to had also learned the news after looking at her own phone.

“We all got exactly the same time,” she says. “Then, one by one, you could see how people’s faces changed when they found out what was going on.”

“She called me later and told me how, just as she was walking down the street to leave her place, her neighbor had pushed her back into the door and said it had been shot in their street. She was completely freaked out. ”

Brahmbatt, along with a dozen other people who attended the party, remained locked inside the gallery until 6 the next morning. “It was like being in a timeless bubble,” she says.

“We locked the doors and pulled down the shutters,” she says. Over the next few days, her boyfriend learned that his missing friend had been killed in the attacks.

Nor did Nabères and his date end with the night they had hoped for. Despite all the warnings on their phones, they decided to continue with their evening anyway.

“We went to Pigalle (in northern Paris) to have one last drink, but bar after bar [was] closed. We probably tried five or six, and when we finally found one that was open, we were told we had to leave after just five minutes. ”

He remembers how they entered the street and how an eerie atmosphere suddenly enveloped them. “The street was completely empty of people, and then we just started running.”