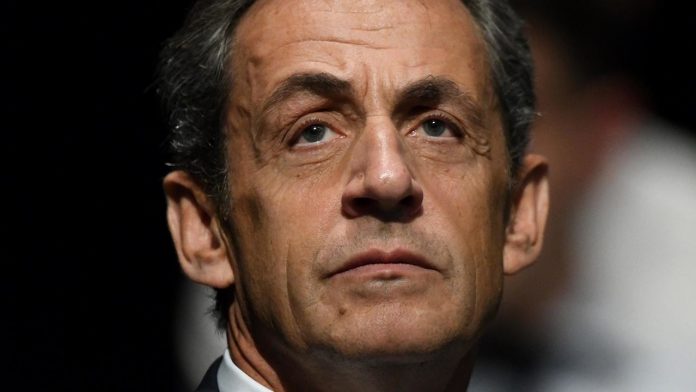 Nicolas Sarkozy’s imprisonment for corruption and influence is a legal landmark for post-war France. But things could get worse for the former French president, who is facing further court battles and investigations.

Sarkozy was sentenced on Monday to three years in prison, two of whom were suspended, making him the first former French president to receive a custodial sentence.

The nature of the conviction underscores the many legal woes that have plagued the former Conservative president since he left office in 2012.

The 66-year-old was found guilty of attempting to bribe a judge by offering him a plum job in exchange for inside information about a separate case.

Sarkozy remains free while he appeals. If he loses the appeal, he will probably serve a year at home with an electronic tag instead of going to jail.

Yet the guilty verdict is a blow to the retired politician, who still plays an influential role in French conservative politics. That’s not the end of his legal problem either.

Sarkozy, who has accused the judiciary of chasing him, is facing a new trial later this month and is also under investigation in a third case.

Below is a summary of his past and present legal woes.

Sarkozy will face the court in Paris again later this month over allegations of illegal funding for his 2012 presidential campaign, which ended in victory for his socialist rival, François Hollande.

The “Bygmalion affair” is about accusations that his conservative party, then known as the UMP, worked with a PR company to hide the real cost of his agent.

Prosecutors claim that the company Bygmalion invoiced Sarkozy’s party rather than his campaign to get around the restrictions.

They say the plan allowed Sarkozy and his party to spend 42.8 million euros ($ 50.7 million) on the campaign – almost twice as much as allowed.

The former president has denied wrongdoing.

Sarkozy’s previous presidential campaign, his successful 2007 run, is also the focus of ongoing investigations – this time with allegations of illegal Libyan funding.

The former president is under formal investigation for corruption, illegal financing and conspiracy in a case involving Libyan spies, arms dealers and accusations that the late Libyan strongman Muammar Gaddafi sent Sarkozy’s election campaign suitcases filled with millions of euros in cash.

Gaddafi’s son Saif al-Islam was the first to make allegations in 2011, claiming that Sarkozy – then the French president – would “return the money he took from Libya to fund his election campaign”.

One year later, the investigative website Mediapart published a document claiming that the Libyan dictator had agreed to support Sarkozy with up to 50 million euros (60 million dollars at current prices).

Sarkozy has always denied the allegations, saying in a 2018 interview: “There is not even the slightest evidence.”

One of his main accusers, French-Lebanese businessman Ziad Takieddine, who has described himself as an “intermediary in the shadows”, withdrew his account last year.

Financial prosecutors in January said they were launching a preliminary investigation into alleged influence in connection with activities carried out by Sarkozy in Russia seven years after he left office.

The media party website said that the probe focused on a payment from the Russian insurance company Reso-Garantia of three million euros in 2019, while Sarkozy worked as an advisor.

It said investigators were trying to verify whether the former president was only acting as a consultant – which would be perfectly legal – “or whether he was conducting potentially criminal lobbying on behalf of the Russian oligarchs”.

Sarkozy has previously been cleared in another case with funding for his 2007 presidential election, known as the “Bettencourt affair”.

The long-running legal dispute was about accusations that his party accepted illegal payments from L’Oréal’s heir Liliane Bettencourt in cash-filled envelopes.

Bettencourt’s butler testified that Sarkozy was a regular visitor to his home during the 2007 campaign, a claim that the politician denied.

After a lengthy investigation that he claimed was politically motivated, Sarkozy was cleared in 2013 of taking advantage of Bettencourt while she was too weak to understand what she was doing.

Two years later, a Bordeaux court also cleared his close ally Éric Woerth – a former budget minister and UMP party treasurer – of errors, citing a lack of evidence despite “strong suspicions” that payments were being made.

However, it was Sarkozy’s attempt to obtain information about the Bettencourt investigation that eventually led to his conviction of corruption and influence on Monday.

Sarkozy has also been interviewed as a witness – but not as a suspect – in another lengthy campaign finance investigation, this time for former Prime Minister Edouard Balladur’s failed 1995 presidential election.

The “Karachi affair” involves two former Sarkozy assistants, who have been accused by judges investigating alleged setbacks from a Pakistani arms deal reached when Sarkozy was budget minister.

Balladur, 91, went to trial in February, accused of involvement in the alleged misuse of public funds. Prosecutors have demanded a one-year prison sentence and a fine of 50,000 euros.