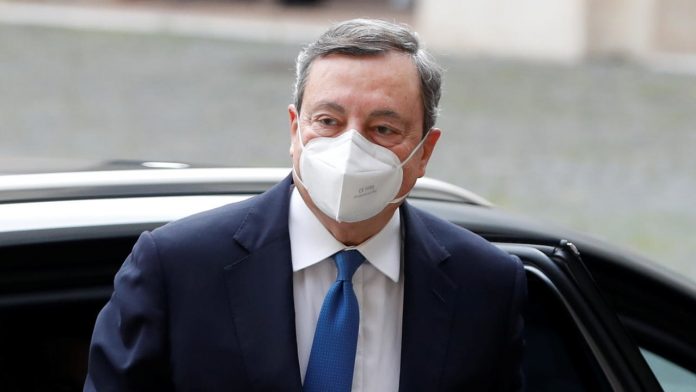 Italian President Sergio Mattarella has asked the former head of the European Central Bank, Mario Draghi, to form a non-political government to rule Italy through the coronavirus pandemic after the failure of political party negotiations.

The head of state held talks with Draghi on Wednesday after attempts to save the collapsed coalition of the outgoing Prime Minister Giuseppe Conte failed.

Mattarella appealed “to all political forces [to support] a high-profile government “which excludes the only other option – early elections – as bad advice given the many challenges facing Italy.

Draghi will now hold talks with political parties to try to gather support in parliament for an administration that will be tasked with dealing with the double coronavirus and the economic crises plaguing Italy.

In a brief statement after receiving the mandate from Mattarella, Draghi said he was confident of securing sufficient support in parliament.

“I will look to Parliament, the expression of the popular will, with great respect,” he said, adding that the country was facing “a difficult moment”.

Draghi added that he hoped for unity from political forces as well as society at large and would return to Mattarella to tell about the outcome of his talks. He gave no time frame.

The former banker is widely credited with pulling the eurozone back from the brink of collapse in 2012 and promising to do “whatever it takes” to save the single European currency.

He has largely disappeared from the public eye since his ECB term ended in October 2019, but his name emerged as a potential prime minister in recent weeks as political unrest combined with health and economic emergencies to form a perfect storm.

The first European country to be affected by the coronavirus, Italy, has seen more than 89,000 deaths since its outbreak almost a year ago – the sixth highest fee in the world.

Lockouts aimed at limiting infection have devastated the economy and data published on Tuesday showed that Italy’s gross domestic product (GDP) shrank by 8.8% by 2020 – the steepest annual decline since World War II.

Mattarella said one of the most important things the next administration had to do was to quickly draw up plans to spend more than 200 billion euros ($ 243 billion) from an EU fund to help overcome the economic downturn.

A Draghi government would strengthen Italy’s international position at a time when it holds the G20 presidency. But taking the job would pose risks to the 73-year-old economist.

The last time a technocrat took over was in 2011, when another economist, Mario Monti, was entrusted with helping Italy out of a debt crisis. MPs soon turned to him when they thought his financial medicine was too harsh.