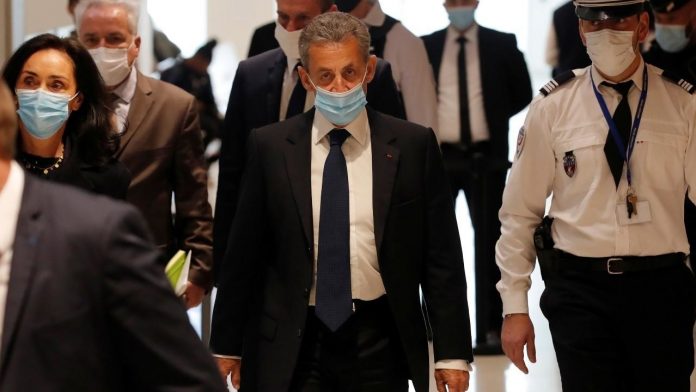 A French court found former President Nicolas Sarkozy guilty on Monday of trying to bribe a judge and influence peddling, making him the second head of state in today’s France to be convicted of corruption.

Sarkozy, who led France from 2007 to 2012, was found guilty of offering a plum job in Monaco to a judge in exchange for inside information about an investigation into his campaign finances.

He was sentenced to three years in prison, including two years’ imprisonment.

The verdict means that it is unlikely that Sarkozy will physically go to prison, a punishment that in France usually applies to imprisonment for more than two years.

The court said Sarkozy will have the right to request to be kept at home with an electronic bracelet.

Sarkozy has ten days to appeal the decision.

The same sentence was issued to his co-spokesman – lawyer Thierry Herzog and judge Gilbert Azibert.

The former president and his lawyer were found guilty of trying to bribe Judge Azibert for information about an investigation into allegations that the former leader had received illegal payments from L’Oréal successor Liliane Bettencourt during his successful 2007 presidential campaign.

The state’s case was based on wiretapping conversations between Herzog and Sarkozy, in which prosecutors accused him of “using secret phone lines” to cover up his attempts to infiltrate the court.

Prosecutors said it had been established “with certainty” that Judge Azibert had transmitted confidential information about the Bettencourt case on an unofficial line to his friend Herzog.

An “overwhelming” conversation showed that Sarkozy had promised to intervene to get Azibert a post in Monaco, they said.

Azibert, then a senior adviser at France’s highest court of appeal, never got the job in Monaco.

Sarkozy’s lawyers claimed that this pointed to the absence of corruption, but prosecutors said that French law makes no distinction between a successful attempt at corruption and a failed one.

Sarkozy, who was eventually cleared of all wrongdoing in the Bettencourt affair, still faces a number of other legal problems.

Allegations that he received millions of euros from Libyan dictator Muammar Gaddafi for his 2007 election campaign are still being investigated, and he is also accused of fraudulent surpluses in his failed 2012 re-election.

In January, prosecutors opened another investigation into Sarkozy’s alleged influence over his advisory activities in Russia.

The news website Mediapart said that the probe focused on a payment from the Russian insurance company Reso-Garantia of 3 million euros in 2019 when Sarkozy worked as an adviser, long after he left the office.

Sarkozy’s long-standing legal efforts helped lower his comeback bid for the 2017 presidential vote, but he has been surfing a wave of popularity since announcing his departure from politics in 2018.

Chirac was given a two-year term due to the creation of ghost jobs in Paris City Hall to fund his party when he was mayor.