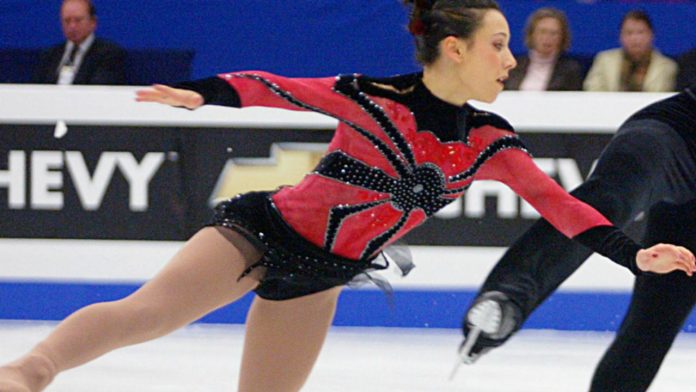 Beyer is at the center of a scandal that seized the sport in France last year after an Abitbol, ​​a former World Cup medalist, first accused him in a book.

Abitbol accused Beyer, France’s former elite skating coach, of repeatedly sexually assaulting her when she was between 15 and 17 in the early 1990s. Her book led to the arrival of several other skiers.

In a statement to AFP in January last year, Beyer acknowledged that he had an “intimate relationship” with Abitbol, ​​which he said was “inappropriate”. He offered his “excuses”.

Following these revelations, the Paris Public Prosecutor’s Office launched a preliminary investigation in early February into “the rape and sexual abuse of minors by a person with authority”, specifically aimed at verifying other potential victims.

Among the former skiers who appeared in the wake of Abitbol’s book, “Un Si Long Silence”, were Hélène Godard, Laure Detante and Najma Mahamoud, the French junior champion in 2014. They all accused Beyer in the press.

A source close to the case told AFP that cases of several women, minors at the time of the alleged events, could not be prosecuted under French statute of limitations. These include the case of Abitbol.

The source said that only newer cases, where six women who were adults at the time of the alleged events, can be continued. Three of them have accused Beyer of sexual assault.

In the small world of French figure skating, Abitbol’s book had led to a flood of revelations.

Other skiers have made allegations of sexual abuse, sexual harassment or extortion against other coaches or skates.

Didier Gailhaguet, president of the French Ice Sports Federation (FFSG) for more than 20 years over two incantations, was forced to resign after a long arm wrestling match with Sports Minister Roxana Maracineanu in early February 2020.

An investigation launched by the Ministry of Sports then revealed suspicions of 21 FFSG coaches, 12 of whom were accused of “sexual harassment or abuse”.

Beyer’s is not the first high-profile case of underage athletes.

In 2017 and 2018, former U.S. gymnastics team doctor Larry Nassar received a series of sentences ranging from 40 to 175 years in prison after being tried for sexual assault under the guise of treating over 265 identified women, including many former U.S. Olympians and for possession of child pornography.