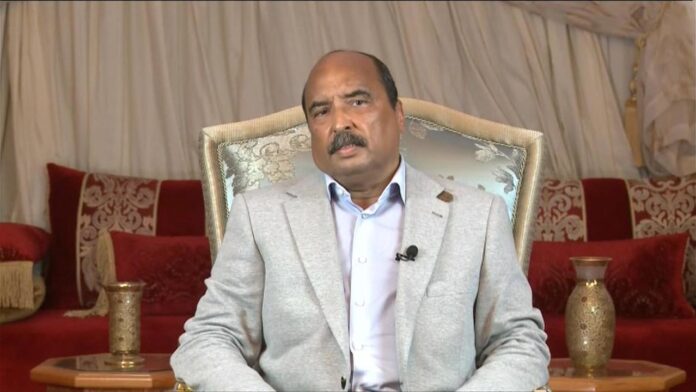 A judge in Mauritania’s capital Nouakchott on Thursday accused ex-president Mohamed Ould Abdel Aziz and about ten other people of corruption, following an investigation into his decades-long rule.

The move marks the latest step in the case of Aziz, a former general who seized power in the Sahara state in 2008, which began when investigators began investigating his financial affairs last year.

At the request of a state prosecutor, the judge also placed Aziz, one of his sons-in-law, two former prime ministers, five former government ministers and four businessmen under judicial supervision, according to a source close to the case.

Mohameden Ould Icheddou, one of Aziz’s lawyers, confirmed the information to AFP. He added that his client refused to answer questions from the judge and claimed constitutional immunity.

Aziz, 64, began a military coup in 2008 and served two terms as president before being succeeded in August 2019 by Mohamed Ould Cheikh El Ghazouani, his former right-hand man and former defense minister.

However, Ghazouani has kept Aziz at arm’s length since coming to power.

Among other issues, the inquiry examined the management of oil revenues, the sale of state property, the liquidation of a publicly owned food supply company and a Chinese fishing company.

Police then arrested Aziz in August for questioning in the case, before depriving him of his passport.

“I am a victim of a solution to old points, but I will defend myself,” Aziz said after being released from detention in August.

After months of investigation, Aziz was summoned on Wednesday to a hearing with the state prosecutor, who interviewed about 30 people who are alleged to be involved before deciding to prosecute for about ten.

Aziz defense attorneys said the case “is about dragging an entire system and its men before the police and tarnishing their honor.”

Prosecutor Ahmedou Ould Abdallahi said he did not ask the judge to detain Aziz as the case against him is likely to be long.

Abdallahi added that cash and assets – including companies, apartments and vehicles – worth about € 96 million ($ 115 million) had already been seized as part of the investigation.

Of that amount, the equivalent of about 67 million euros (80 million dollars) belongs to one of the suspects, whom the prosecutor did not name.

Aziz had already ignored a call to testify before Parliament’s inquiry into his suspected corruption in early July.

But Mauritanian lawmakers quickly passed a law establishing a high court that would have the power to try presidents and ministers in cases of “high treason.”

However, Aziz’s legal team insists the constitution protects the former president from prosecution.

In August, the parliamentary inquiry formally submitted its report on the former general’s affairs to the public prosecutor’s office.

The move prompted a change of government in Mauritania, with Ghazouani replacing four ministers whose names had appeared in the investigation.

In December, Aziz also lost the leadership of the party he founded, the Union of the Republic.

A source close to the prosecution, who refused to be named, said the list of charges against Aziz is long, including money laundering, embezzlement and justice.