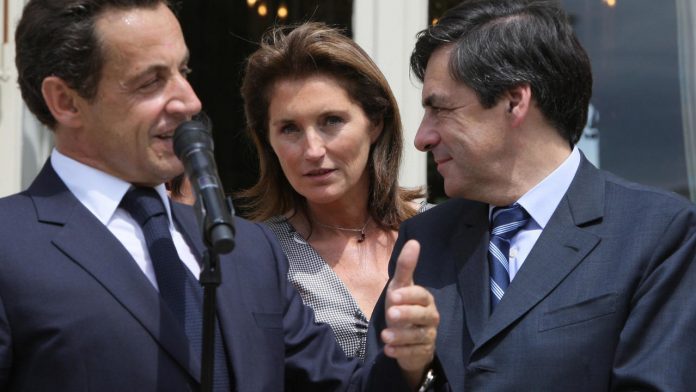 The French newspaper Le Canard Enchainé reported on Wednesday that former president Nicolas Sarkozy’s ex-wife was paid as a parliamentary assistant in 2002, questioning whether she had worked to justify her salary.

The allegations, which reflect those made in 2017 against the wife of former Prime Minister François Fillon, were denied by a source close to Sarkozy, who ruled out any wrongdoing.

The investigative and satirical weekly magazine said that Cécilia Attias, then known as Cécilia Sarkozy, was employed as an assistant to the woman who stood in Sarkozy in parliament from 2002, when he was promoted to interior minister.

Cécilia took home almost 3,100 euros ($ 3,780 in current prices) per month in income for the part-time job, according to the report, citing salary coupons.

“Not an article, not a report, not one of the many books devoted to the former lady mentions her work as a parliamentary assistant,” the weekly wrote.

A source close to Sarkozy confirmed to AFP that Cecilia was employed as an assistant to his parliamentary replacement in 2002-2003, but said her role in her husband’s political career was a “matter of public knowledge”.

She was known for her position as an adviser to Sarkozy at the Interior Ministry and worked on his successful presidential campaign in 2007.

But the report quoted Cécilia to a TV interviewer in 2002: “I do not get paid, the job I do with my husband is voluntary.”

Sarkozy, a Conservative, later served as French president from 2007 to 2012.

Since leaving office after a single term, he has been involved in investigations into illegal campaign financing, attempts to influence the judiciary and allegations that he took money from former Libyan strongman Muammar Gaddafi.

He denies all charges.

French media were quick to make comparisons with the fake parliamentary job scandal that derailed Fillon’s presidential election a few months before the 2017 election – and was also discovered by Canard Enchainé.

At the time, the weekly newspaper revealed that Fillon, the hottest favorite for the presidency, had hired his wife Penelope as his parliamentary assistant from 1998 to 2013 without performing any duties to justify her salary.

The couple were convicted in June of abusing public funds and handing over prison sentences, which they have appealed.

At the time of the scandal, Fillon and his allies were trying to justify their wife’s job by saying that such practices were common in Parliament at the time.

More arrests in Madagascar in connection with plot to assassinate president