Home NEWS Former US spy Pollard is welcomed by Netanyahu when he arrives in...
Facebook
Twitter
WhatsApp
Linkedin
LINE 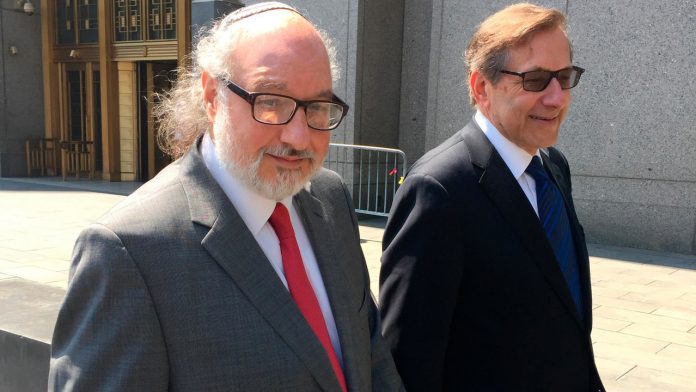 A former US naval analyst who served 30 years in prison for spying for Israel moved there on Wednesday and was welcomed with a prayer of thanks by Prime Minister Benjamin Netanyahu.

Jonathan Pollard, 66, had long expressed a desire to emigrate to Israel, which gave him citizenship. The espionage deal strained relations between the United States and Israel for decades.

Sentenced in 1987 to life in prison after pleading guilty to conspiracy to commit espionage, Pollard was released in 2015.

A decision by the US Department of Justice last month to renew the terms of the five-year travel ban was seen by some as a farewell gift to Israel by the Trump administration.

Netanyahu met with Pollard and his wife, Esther, as they boarded a Tel Aviv video showing a video distributed by the Israeli prime minister’s office. The couple, both Orthodox Jews, kissed the asphalt.

Jonathan Pollard, has landed in Israel with his wife Esther. Pollard kissed the ground as soon as his foot touched the holy land. pic.twitter.com/0A4wK9BZX9

After asking for a Hebrew thanksgiving for the release of the prisoners, Netanyahu handed Pollard an Israeli identity card. “Welcome home,” the prime minister said. “Now you are a citizen of the State of Israel.”

The newspaper Israel Hayom, which first reported the couple’s arrival, said they flew on board a private plane due to Esther Pollard’s medical condition.