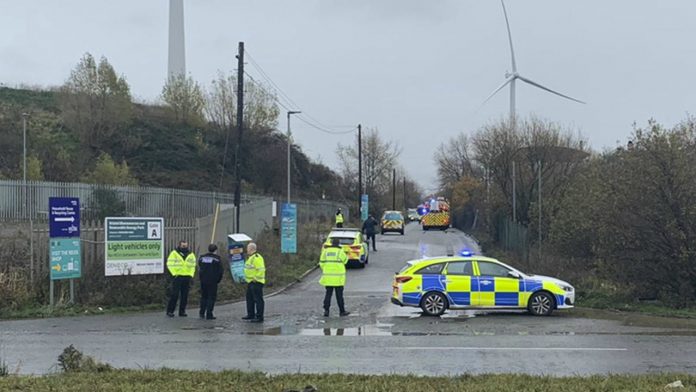 Four people have died after an explosion in a sewage treatment plant near the city of Bristol in southwest England, police said on Thursday.

Chief Inspector Mark Runacres of the Avon and Somerset police said a fifth person was injured in the Avonmouth explosion but his condition was not considered life-threatening.

He said the incident was not terror-related but would not speculate on the cause of the explosion.

“Police investigations into exactly what happened are at a very early stage and are continuing,” Runacres added.

We can sadly confirm four people died in today's explosion at Wessex Water's Bristol water recycling centre in Avonmouth. Their families have been informed and will be supported by our specially trained officers.
Click here for latest information: https://t.co/ZdFsxhaJvR

Avon’s fire and rescue service said it was alerted at 11:22 a.m. to a major explosion in the Avonmouth industrial area near Bristol, about 195 km west of London.

Witness Jawad Burhan said earlier that there had been a “helicopter looking for missing people” and that the police had closed a road leading up to a warehouse that he believed was used as a waste center.

“I heard the sound, I’m working next to the building in another warehouse,” he said. “After ten minutes, I saw the helicopter coming and the police.”

British Prime Minister Boris Johnson made a statement on Twitter saying “our hearts go out” to the victims of the Avonmouth tragedy and their families. “Deeply saddened to learn that four people have lost their lives in the Avonmouth waterworks explosion.”