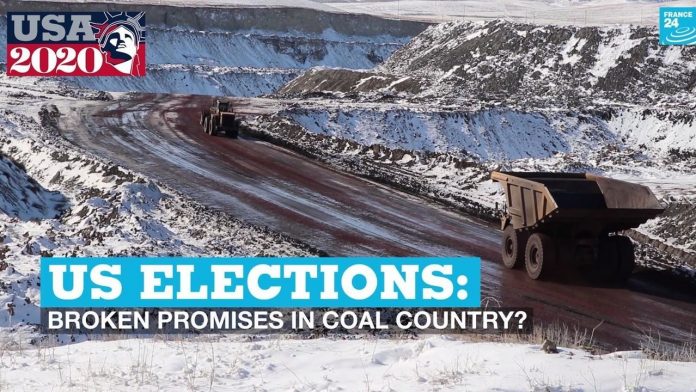 Gillette, Wyoming, calls itself the ‘world energy capital’ and is at the heart of the state’s coal mining operation. It is also one of the most pro-Donald Trump cities in America.

In 2016, 88 percent of the people in Campbell County, where Gillette is located, voted for Trump after he promised to protect jobs for coal miners.

But four years after the city’s future looks uncertain. Coal production in the state is declining by almost half of what it was in 2008, and fell another nine percent in 2019, leading to mine closures and job losses.

Lynne Huskinson was among those found unemployed when two coal mines in the region closed last year after their owner went bankrupt.

Now she is running for the Wyoming State House of Representatives as a Democrat.

“Did Donald Trump help coal? No. Because it was a campaign trick. I do not think he understood anything about coal, I think he knew it was a dying resource,” she told France 24.

But many here still support the president.

Among them is coal miner and city council candidate Eric Hanson.

“I will vote on November 3 and I will vote for President Trump,” he told France 24.

“I have many friends who have lost their jobs and either had to look for another coal mine in one of the mines that were still open or find another job. These are things that are beyond his control. , He is not to get rid of jobs in the coal industry or any of the other energy industries. “