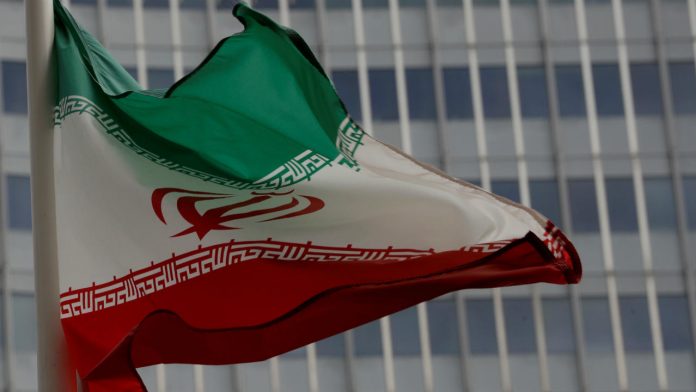 France and its Western partners plan to move forward with a protest in the coming days at the UN nuclear watchdog board to criticize Iran’s decision to limit cooperation with the agency, its foreign minister said on Tuesday.

“Nuclear tensions will lead us in the coming days to lodge a complaint with the IAEA Board to undo this decision,” Jean-Yves Le Drian said at a parliamentary hearing.

Separately, in a telephone conversation on Monday, French President Emmanuel Macron on Tuesday asked Iranian President Hassan Rouhani for “clear gestures” and immediate return to the terms of a nuclear deal with Western powers.

Macron’s office said the French leader also asked Rouhani to cooperate fully with the IAEA on inspections and expressed his “deepest concern” over Iranian breaches of the agreement.

Iran said last month that it was reducing its cooperation with the International Atomic Energy Agency and ending the additional inspection and monitoring measures introduced by the 2015 Nuclear Power Agreement, including the IAEA’s authority to conduct rapid inspections at facilities not declared by Iran.

Britain, France and Germany, all parties to the deal with Iran, on Monday sent a draft US-backed resolution to the meeting in Vienna, expressing “serious concern” over Iran’s declining cooperation and urging Iran to reverse its steps.

Russia and Iran have warned of serious consequences if the resolution is approved.

“I must give this warning that action against our expectations will have a negative effect on diplomatic processes and could quickly close the windows,” Iranian Government spokesman Ali Rabiei told reporters.

Iran expects “all parties to act rationally and prudently and to know the value of fleeting moments,” he added. “We are still engaged in diplomacy.”

A document circulated by the Iranian mission in Vienna and seen by AFP says that a resolution would effectively terminate a temporary agreement to mitigate the effects of the suspended inspections.

Restrictions on inspections came into force on 23 February.

These follow a law passed by the Iranian parliament in December that called for certain commitments to be lifted if the United States does not lift unilateral sanctions or if the three European countries do not help Tehran circumvent those sanctions.

Under the agreement with the IAEA, which runs for up to three months, data from cameras on Iran’s nuclear program will be stored and not handed over to the agency, and if sanctions are not lifted by that time, Tehran will begin deleting the recordings.

According to Rabiei, the agreement transferred Iran’s “goodwill” and now the Islamic Republic expects other parties to the nuclear deal to “prove” theirs.

Diplomatic sources in Vienna say that the European resolution is expected to face a vote on Friday and that it is supported by the United States.

>> US airstrikes in Syria: Joe Biden’s firm but cautious message to Iran

The 2015 nuclear deal has hung on a thread since former US President Donald Trump withdrew Washington from it and reintroduced punitive sanctions against Iran in 2018.

The current US President Joe Biden has signaled that he is ready to revive the deal, but insists that Iran first return to all its nuclear commitments, most of which were lifted in response to the sanctions.

Tehran is demanding that Washington take the first step by scrapping sanctions.

Iran on Sunday rejected a European offer of an informal meeting with the United States over the deal, saying the time was not right because Washington had failed to lift sanctions.