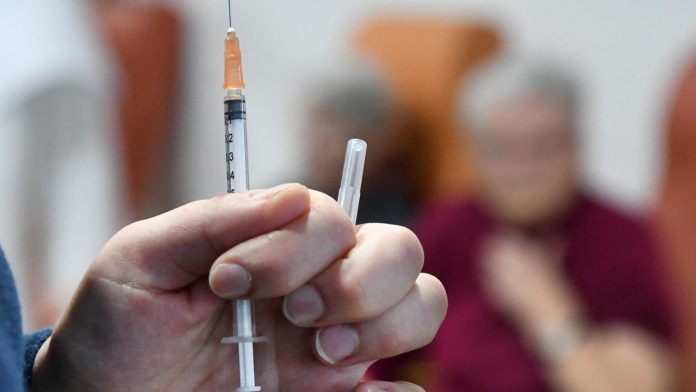 France launched a nationwide campaign to inoculate people over the age of 75 on Monday as officials tried to allay concerns about deliveries of coronavirus vaccines.

France, which saw the death toll rise above 70,000 over the weekend, has so far given priority to healthcare professionals and the elderly in their care.

The new phase of its vaccination unit, under fire for its slow start, comes as nations around the world double their restrictions to combat the fierce pandemic.

The infection shows no signs of slowing down, with infections rising above 94 million and more than two million deaths and Europe among the hardest hit parts of the world.

Concerns have been raised that delays in the delivery of the Pfizer-BioNTech vaccine could hamper a European launch that has already been exposed to heavy fire for being too slow.

The American pharmaceutical manufacturer Pfizer, which developed the jab in collaboration with the German BioNTech, said that it worked to “significantly” scale up production at its factory in Belgium during the second quarter.

After a short delay, deliveries should return to the original EU schedule from 25 January.

“There is a dip,” said French Foreign Minister Clement Beaune. “But it is better that it happens now that we have stocks than when the broader vaccination campaign starts.”

He told France Info that a limited delay should not be a big problem.

The long process of rolling out vaccines means that countries still have few options but to rely on lock-in, curfews and social distancing to control the spread of the virus.

Switzerland and Italy will tighten their restrictions from Monday and Britain will require everyone to quarantine and show negative tests.

Last week, the French government chose not to declare a third nationwide shutdown, but instead opted for a curfew earlier in the evening.