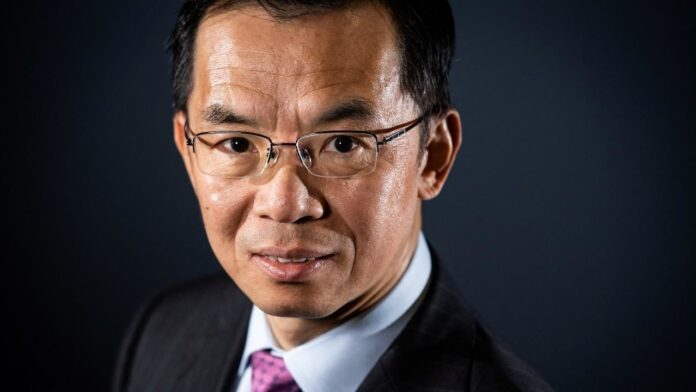 On Tuesday, France called the Chinese ambassador for the second time in two days for “unacceptable” behavior after he published a series of tweets addressed to French lawmakers and a researcher. Ambassador Lu Shaye was called to the State Department “to inform him of any complaints we have,” said a ministry official who asked not to be identified by name.

The Asia Ministry’s director, Bertrand Lortholary, informed Ambassador Lu that “the embassy’s methods and tone in its public comments were completely unacceptable and exceeded all the limits normally accepted by any embassy in the world,” the official said.

The summons was issued Monday due to “insults and threats” from Lu as China reacted furiously to new Western sanctions over violations of rights and violence against a Muslim Uighur minority it accuses of religious extremism.

But contrary to the usual diplomatic protocol, it took some time for Lu to meet the requirement to participate in the ministry.

European Affairs Minister Clément Beaune said earlier Tuesday that Lu had removed the original request for talks, with the Chinese embassy in Paris quoting “scheduling issues” in a Twitter post.

Ambassador LU Shaye did not return to the French MAE today for reasons of agenda. Tomorrow, it will be ready to take action against the French party on the sanctions imposed by the EU on individuals and Chinese entities and related issues in Taiwan.

“Neither France nor Europe is a doormat,” Beaune warned on France Info radio. “When you are called as an ambassador, you visit the Ministry of Foreign Affairs.”

Lu had already been summoned by the Foreign Ministry in April last year over posts and tweets by the embassy defending Beijing’s response to the Covid-19 pandemic and criticizing the West’s handling of it.

Lu is known for his aggressive and outspoken comments on the embassy’s Twitter account and targeted several people, including Antoine Bondaz, a Chinese specialist at the Foundation for Strategic Research think tank.

As of Friday, he mocked Bondaz as a “small-scale hat”, a “crazy hyena” and an “ideological troll” with an “anti-Chinese” stance after Bondaz complained about Chinese pressure on French lawmakers hoping to visit Taiwan .

“By targeting legislators, the ambassador himself has disregarded the basic principle of separation of powers, and he was invited to follow this more strictly in the future,” the minister’s official said.

Rights groups believe at least one million Uighurs and other mostly Muslim minorities have been imprisoned in camps in the northwestern region, where China is also accused of forcibly sterilizing women and imposing forced labor.

Beijing responded with a travel ban on ten Europeans – including five MEPs – as well as two EU bodies and two think tanks.