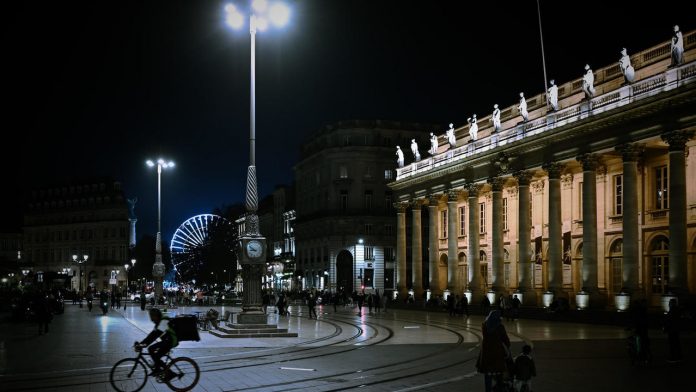 France went into its second shutdown Friday in an attempt to stem the resurgent coronavirus pandemic with residents only allowed to leave their homes for food purchases, medical appointments, urgent family reasons and commuting to work when their jobs can not be done from home.

France’s 65 million people were largely confined to their homes as of Friday amid a rise in Covid-19 cases that have threatened to overwhelm French hospitals.

The nationwide lockdown will initially be enforced until December 1, although health experts have warned that a longer squeeze may be necessary.

With a description of the new restrictions at a press conference on Thursday night, French Prime Minister Jean Castex said people are allowed to be outside for only an hour of training a day and no further than a kilometer from their homes.

For each excursion, they must carry a document justifying their presence outside or risk a fine of € 135.

Travel within France, including to holiday homes, is prohibited, although the borders with EU countries remain open, the prime minister said. Visits to friends and family are also prohibited.

On Thursday, millions of people drove to buy supplies ahead of the new lock, with essential items such as pasta and toilet paper in high demand as well as printer ink and yoga mats.

Factories and construction sites remain open, as do crèches or childcare centers and schools.

Under the new rules, French schools will require all students aged six and over to wear face masks in class, Castex said.

Until now, masks were only mandatory for students 11 years and older, but the Prime Minister told lawmakers in parliament that new efforts were needed “to protect all our children, teachers and parents”.

President Emmanuel Macron has warned that the second wave “is likely to be more difficult and deadly than the first”, although he insisted that this shutdown would be less severe than measures introduced in the spring.

The lock in France, where 36,000 have died, is part of a series of renewed antivirus restrictions across Europe, which according to the World Health Organization are back at the “epicenter” of the pandemic.