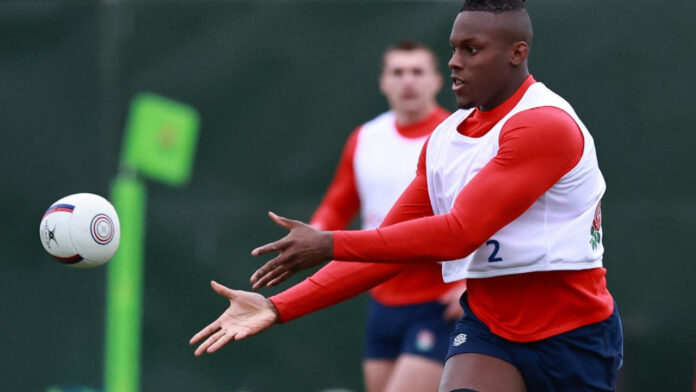 Six nations’ title challenger France is ready for a “huge challenge” as they look for their first victory against England at Twickenham in 16 years on Saturday.

The championship as a whole has been at rest for two weeks, but France have had an even longer absence after their match against Scotland was postponed due to a coronavirus outbreak in the French camp.

But an internal French Rugby Federation investigation found no one to blame with head coach Fabien Galthie, on suspicion after he left the team hotel to watch his son play a game, and insisted the squad had done their best to follow health records.

“France is very exposed, there is no risk,” said Galthie.

Les Bleus have had a resurgence since Galthie took over as coach after the 2019 World Cup and beat reigning Six Nations champions England in Paris last year before a loss to Scotland cost them the chance to win a Grand Slam.

Impressive victories over Italy and Ireland have left France again and are looking clean.

But to maintain those hopes, they must beat England at Twickenham – something that no French team has done since 2005 when scrumhalf Dimitri Yachvili kicked all of Les Bleus’ points in an 18-17 victory.

“We have goals, one is to beat England on Saturday,” said France team manager Raphael Ibanez.

“A team that has not given an inch against France since 2005, that is what is at stake. A huge challenge awaits us. ”

Still, it is a challenge that France almost overcame at Twickenham in December when a side that lacked several first-team players due to club deals pushed England all the way before losing the Autumn Nations Cup final in sudden overtime.

Matthieu Jalibert starts in the fly-half for France on Saturday, with Romain Ntamack who has recently returned from a double jaw fracture.

Regarded as the world’s best scrum half by English opponent Ben Youngs, Antoine Dupont continues to direct the attack behind a powerful package led by French captain Charles Ollivon, with the defense reinforced by the arrival from Wales by English specials coach Shaun Edwards.

England coach Eddie Jones has given a first test start for defender Max Malins and recalled hooker Luke Cowan-Dickie after a 40-24 defeat by Wales last time as all but the end hope for a successful title defense after an opening loss to Scotland. .

Jones in particular expects Malins to have a hectic match against France’s ‘long-kicking, high-kicking game’.

“They do not play in their half, but once they have reached your half, they try to create situations where they can play as they are in the park,” says Jones.

“You go to France and see children playing, as if you see them in New Zealand, they like to play the speed of the ball and they like to play speed and when Dupont gets speed around his back he is very dangerous.

“They have been able to create a modern version of their old times when they played with breadth and a certain freedom.

“It’s a really good credit to their coaches and players for how disciplined they are.”

Discipline has been a major issue for England in recent games, with captain Owen Farrell upset by a couple of Wales attempts that French referee Pascal Gauzere later admitted was wrong.

But the Welsh then scored 16 unanswered points, with England giving away several penalties in the final stages.

English judges Matt Carley and Wayne Barnes have worked with the squad in the hope that Jones’ men will stay on the right side of Andrew Brace in another competition behind closed doors on Saturday.

“They will help with the process, but it is the individual responsibility of the players to make the right decision at the right time,” said Australian veteran Coach Jones.

“We have encouraged that exercise to be good in training and we would like to see it flow into the game.”