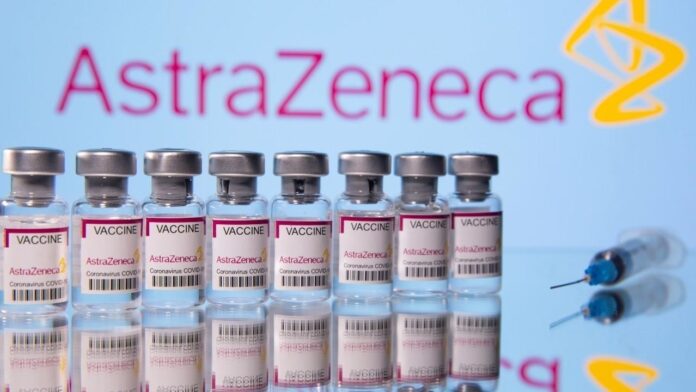 France will stop administering AstraZeneca’s Covid-19 vaccine as a “precaution” pending a reassessment by the European Union’s Medicines Agency, “French President Emmanuel Macron said on Monday, following a similar announcement by the German and Italian governments.

“The decision has been taken … to discontinue the use of the AstraZeneca vaccine as a precautionary measure, in the hope that we can quickly resume its use if the EMA (European Medicines Agency) ruling allows it,” Macron told a news conference. and added that an EMA announcement was expected on Tuesday afternoon.

The German government said earlier on Monday that it was suspending the use of AstraZeneca’s coronavirus vaccine due to reports of dangerous blood clots in connection with the shot. The German Ministry of Health said the decision was taken as a precautionary measure and on the advice of the national vaccine regulator, the Paul Ehrlich Institute (PEI), which called for further investigation of the cases.

“Following new reports of thrombosis in the cerebral veins in connection with the vaccination in Germany and Europe, PEI believes that further investigations are necessary,” says the Ministry of Health.

“The European Medicines Agency will decide if and how the new results will affect the approval of the vaccine,” it added.

Shortly afterwards, the Italian Medicines Agency said that it had taken the same decision.

Several European countries – including Denmark, Norway, Ireland and the Netherlands – had already suspended the use of the shots, which were developed jointly with the University of Oxford. Estonia, Latvia, Lithuania and Luxembourg have also put the vaccine on hold.

Both AstraZeneca and Oxford have said there is no link between their vaccine and blood clots.

The company had said that the 15 incidence of deep vein thrombosis (DVT) and 22 incidents of pulmonary embolism reported among those who received the vaccine were “much lower than what is expected to occur naturally in a general population”.

In its statement, the Ministry of Health said that the reported blood clots involved cerebral veins, but did not specify where or when the incidents occurred.

The European Medicines Agency and the World Health Organization have also said that available data do not indicate that the vaccine caused blood clots and that people should continue to be vaccinated.

According to the European Center for Disease Prevention and Control, Germany has received just over 3 million doses of the AstraZeneca vaccine and has so far used only 1.35 million doses.