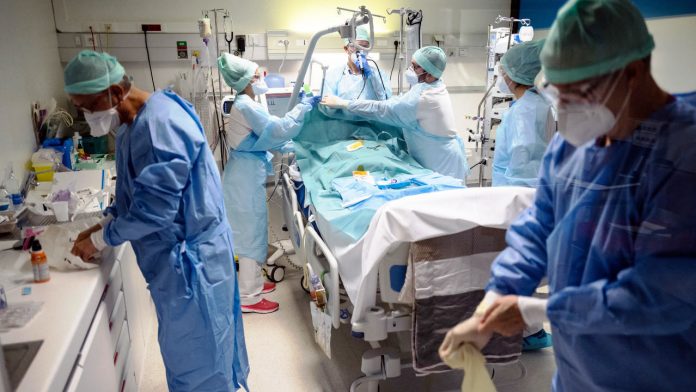 France has surpassed two million cases of Covid-19, Jérôme Salomon, director general of health, announced at a press conference on Tuesday when infections across Europe affected more than 15 million.

France reached the difficult milestone of 2,036,755 confirmed cases of Covid-19, Salomon confirmed on Tuesday, adding that there was an “unmatched number of hospital stays” of 33,500.

The nation’s Covid-19 death toll now stands at 46,273. France recorded 1,217 deaths related to Covid-19 in the last 24 hours – a figure that includes hospital deaths, of which there were 437, and deaths in nursing homes, which are counted twice a week. Infections increased by 45,422 in the last 24 hours.

France also has 4,854 patients in intensive care who are being treated for the virus, which is a slight decrease compared to Monday’s figures.