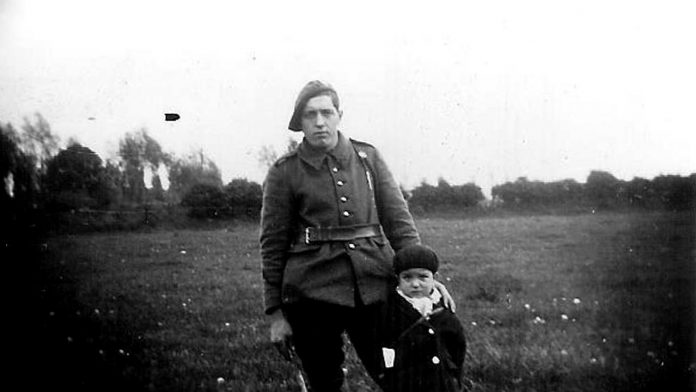 This week, France celebrates the memory of the death of a boy who was only six years old and is hailed as the youngest French World War II hero for having received messages under his shirt to the leaders of the resistance against the Nazi occupation.

The name of Marcel Pinte – known as Quinquin – will be inscribed on Wednesday in the war memorial in Aixe-sur-Vienne just west of the central city of Limoges.

When France observes its annual holiday on Wednesday to mark the Armistice Day – remember the victims of both world wars – a ceremony will also take place in the city to commemorate Pinte, who is seen as the country’s youngest resistance hero.

His father Eugène was himself a prominent commander, known as Athos, who led a strong local resistance movement around the Limoges that would have 1,200 warriors at the end of the war.

According to family member Alexandre Bremaud, 28 – who has fought for the recognition of Marcel – his father Eugène was able to invent false identities through his office work and even gain access to official newspapers.

He formed his first resistance unit in 1941 in the village of Gaubertie where he rented a small farm and then made formal contacts with the broader resistance movement in France.

Eugène, his wife Paule and their five children turned to the rhythms of the usual secret meetings on the farm.

“It was a hidden place and very inaccessible,” Bremaud said, adding that resistance fighters thought it was “practical and discreet” to meet there.

In the Pinte household, resistance work and family life were inextricably linked. Marcel looked fascinated and was desperate to participate.

“In the beginning, he probably took everything as a game. But then he quickly understood how risky it all was,” said Marc Pinte, 68, grandson of Marcel’s father.

Marc Pinte remembered what his own father remembered about Marcel. He thought it was easy to get along with adults and liked to spend time in the woods with the resistance fighters and get to know their code calls.

“Everyone was amazed to see how he got involved,” said Marc Pinte.

He said that in the yard it would have been impossible to sleep at night with “constant movement” of people, regular meetings or even a British parachutist hiding in the attic.

“It was natural for the boy to get involved in assignments that suited his age and abilities,” he said.

Pinte said that Marcel surprised people with his “amazing” memory and got the company to take messages to resistance leaders under his shirt.

“He understood everything at once. Of course no one saw him, no one would pay any attention to a boy,” he said.

A large deployment of resistance fighters arrived by parachute on the night of August 19, 1944, ahead of an expected battle around Aixe as Allied forces began liberating France.

They were heavily armed and Marcel followed his family as usual. But a stone machine gun went by mistake. Marcel fell to the ground after being hit by several bullets.

On August 21, just hours before the liberation of Limoges himself, Marcel was buried in the presence of many battalions. The coffin was covered with the tricolor flag, says Marc Pinte.

The feelings were great. In early September, British planes made one last parachute drop to the area with black cloths in tribute to Marcel.

While his death was an accident, Marcel Pinte is officially considered “dead for France” as a hero.

Eugène Pinte died in 1951, aged 49 years. He was buried next to his son Marcel in the cemetery of Aixe.