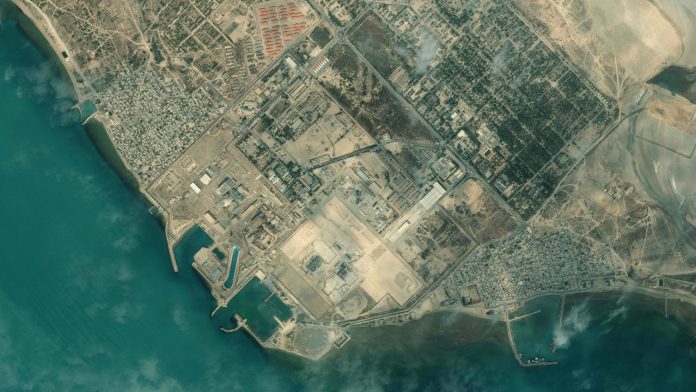 Top diplomats from European powers and the United States will hold talks on Thursday to see how to revive the 2015 deal on Iran’s nuclear power, days before a deadline set by Tehran that could stem efforts by limiting inspections.

Given the tough way forward, German Chancellor Angela Merkel expressed “concern” that Iran was not fulfilling its obligations in a telephone conversation with President Hassan Rouhani, her spokeswoman said in a statement.

Analysts say there is only a small opportunity left to save the landmark agreement, which received an almost fatal blow when former US President Donald Trump withdrew from the 2018 agreement.

Joe Biden’s administration has said it is prepared to rejoin the deal and begin lifting sanctions if Iran returns to full compliance, a condition that Tehran questions.

Prior to the talks, Biden spoke overnight with Israel’s Benjamin Netanyahu, with the two leaders discussing the “Iranian threat and regional challenges,” according to a White House reading.

To increase tensions, Iran plans to limit inspections by some UN nuclear agencies if the United States does not lift its sanctions – imposed since 2018 – by February 21, under the terms of a bill passed by parliament in December.

The International Atomic Energy Agency (IAEA) chief Rafael Grossi will travel to Tehran on Saturday for talks with Iranian authorities to find a solution for further inspections in the country, the agency said.

It warned that the move, which was threatened by Tehran, would “have a serious impact on the IAEA’s verification and monitoring activities in the country.”

“Iran should reverse the steps and refrain from taking others who would affect IAEA’s assurances that not only the United States, not only our allies and partners in the region, but the entire world trust,” he said, adding that Blinken saw an “important role” “for the EU.

Ellie Geranmayeh, senior political colleague at the European Council on Foreign Relations, said it was “unlikely” that the E3 / US meeting on Thursday would make a significant political or economic gesture to prevent Iran from continuing with the restrictions.

“This deadline has been short for several months, and in the absence of economic relief, Iran’s leaders feel compelled to move on,” she told AFP.

The Joint Global Action Plan (JCPOA), signed in Vienna in 2015, was based on Iran providing guarantees that it would not carry out an atomic bomb, in exchange for a gradual easing of international sanctions.

But Iran has intensified its nuclear work in violation of the agreement after the reintroduction of US sanctions as part of Trump’s “maximum pressure” policy to weaken the Iranian regime.

The UN nuclear watchdog said last week that Iran had begun producing uranium metal in a new breach of the agreement, prompting European powers to warn that Tehran “undermines the possibility of renewed diplomacy.”

In his talks with Rouhani, Merkel said that “now was the time for positive signals that build trust and increase the chances of a diplomatic solution”.

However, the Iranian presidency said that in the conversation, Rouhani “criticized Europe’s performance” on its JCPOA commitments following the US withdrawal.

Rouhani – a key proponent of nuclear power with global powers – is set to step down after serving a maximum of two consecutive terms, and a tougher figure could replace him.

“There is a short-term window to limit the damage that could occur as a result of Iran’s next move, for example by reducing the impact of such moves on the quality of inspections by international monitors,” Geranmayeh said.

She said Washington should move politically and practically to show Iran that the Biden administration “distances itself from the Trump era’s maximum pressure.”

Khamenei stressed on Wednesday that Iran wanted to see US government action to help its economy.

“This time, just action, action. If we see action from the opposite side, we will also act,” he said.