Home NEWS France is starting to restrict travel outside the EU to limit the...
Facebook
Twitter
WhatsApp
Linkedin
LINE 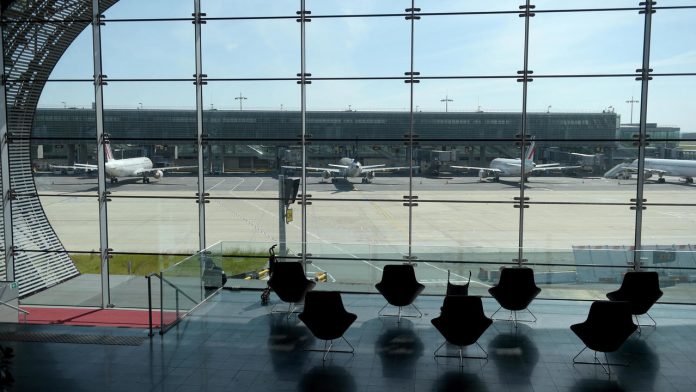 French border police rejected some passengers on their way to destinations outside the EU on Monday after new rules banning flights to and from countries outside the bloc came into force at midnight.

French authorities have limited the reasons why residents can travel outside the EU for urgent personal or family business, a health situation or for work-related travel. Valid personal reasons are death or imminent death of a close family member, a child visiting a parent who has shared custody, following a legal summons or studying abroad. Residents and citizens of other countries can also return home.

Valid work-related reasons for travel include business activities that cannot be postponed or performed remotely, travel for healthcare professionals fighting Covid-19, diplomatic missions, and those involved in professional sporting events.

Travelers must show proof of a negative Covid-19 test taken no more than 72 hours before the trip, as well as a signed form claiming that they have not been in contact with anyone diagnosed with Covid-19 in the past 14 days. These conditions must also be met when they return to France.

By restricting international travel, the government hopes to gain a better grip on the circulation of coronavirus and its latest variants, which have spread at a terrible rate.

Passengers must first show the necessary documentation at flight counters at check-in and then again at the border control, where agents no longer allowed automated passport scanning but instead checked each document as the passenger queues became longer.

The time required per passenger can easily reach five or ten minutes, compared to just a few seconds, as agents try to determine if someone has met the requirements to have an urgent motive to travel.

>> A complete list of acceptable motives and necessary documents can be found on the French Government’s website by clicking here.

Border police require written proof before allowing passengers to board – as Toure, a citizen of Malia, found out when he tried to leave France for Bamako without the necessary documents.

“I said my mother, whom I had not seen for a while, was ill, but they told me I needed proof,” Toure, who withdrew his last name, told AFP at Paris’ main airport, Roissy-Charles-de -Gaulle. . After being rejected, Toure – who works for a French foundation for public works – managed to reach his mother’s doctor in Bamako, who sent him a barely readable note via WhatsApp. He tried again and this time waved through.

“The idea is to limit the outbound loops between France and abroad,” Julien Gentile, head of the border police at Roissy and Le Bourget airports, told AFP.

President Emmanuel Macron has currently decided not to impose a third national suspension by choosing a path other than France’s neighbors such as Britain and Germany.

Health Minister Olivier Véran said on Sunday that the number of new cases of coronavirus had barely increased in the past week, while other indicators – such as traces of viruses detected in wastewater – were also reassuring.

The French government set a strict night time after a second shutdown in December.