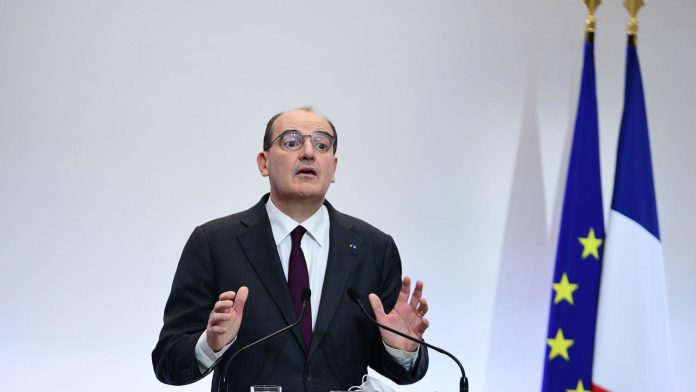 French Prime Minister Jean Castex said on Thursday that the coronavirus situation in France remained fragile but that there was currently no need for a new national lock-in.

Castex said the rate of infection had not increased significantly in the past two weeks, although pressure on French hospitals remained strong.

“We must adhere to the current restrictions that we already have in place … but the situation today does not justify a new national shutdown,” he told a news conference.

Castex acknowledged that many other countries had started their vaccination campaign faster than France, but said that this was the result of the French government’s decision to start with the most vulnerable people in nursing homes.

While they make up only one percent of the population, he said, they have accounted for nearly a third of the more than 77,000 COVID-19 deaths since the pandemic began.

By the end of this week, all aging nursing homes will have been offered a first vaccine shot, with a second shot due in early March, he said.

The government aims to offer the vaccine to all adults in France by the end of the summer.

He said France’s gradual tightening of restrictions had made it possible to keep the economy more open than some neighbors had been able to, but warned that there was no delay and urged companies to pursue more telework from home.

“Working from home is absolutely necessary whenever possible,” he said.

He also announced a three-week lock-in for the French island of Mayotte, off the coast of Mozambique, which has been affected by the South African variant of the virus.

“It’s not time to relieve yourself now,” he said, adding that he would not hesitate to tighten the curbs in free movement if infections increased.