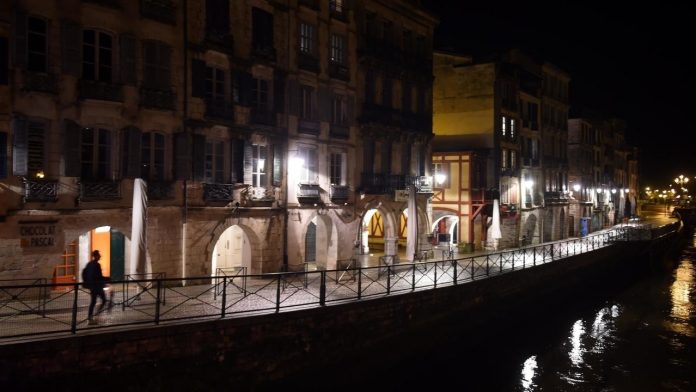 The French government announced on Friday that it was presenting a two-hour night shift in 15 of the country’s administrative departments to stop the spread of the new coronavirus, as infections are still high.

The 15 of France’s 101 departments affected by the transition to curfews, which start at 6 pm rather than 8 pm, include the Les Alpes-Maritimes department, where the Mediterranean city of Nice is located.

The other areas are concentrated in the eastern part of the country and Paris has currently been spared the additional restriction.

“The virus continues to spread in France … but with a difference between regions,” said government spokesman Gabriel Attal when announcing the move.

“Should the situation deteriorate further in some areas, we will make the necessary decisions,” he told the TF1 broadcaster.

The move was prompted by mayors who were increasingly worried that their local health care system would be overloaded by an influx of new cases.

Attal also confirmed that theaters, cinemas and concert halls would not be able to reopen from January 7, the latest minimum date for their closure.

Attal, meanwhile, defended the pace of France’s campaign to vaccinate against Covid-19, which TF1 noted has seen that only 332 people have been vaccinated in the country so far, compared to over 130,000 in Germany since it began last weekend.

He argued that France was targeting more time-consuming care for elderly people, saying: “We will not consider a vaccination campaign that will last for six months in just a few days.”