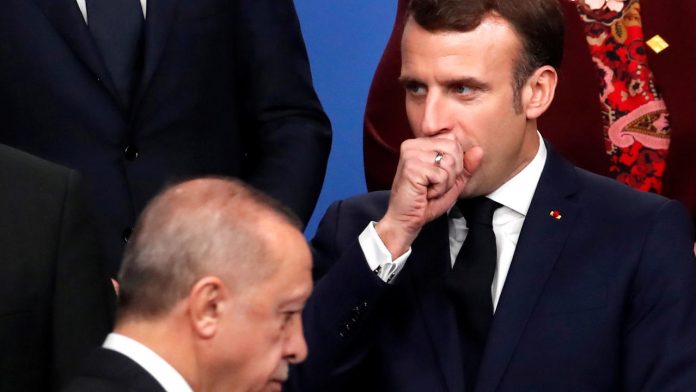 France called on EU allies to adopt measures against Turkey on Tuesday after Turkish President Recep Tayyip Erdogan questioned French President Emmanuel Macron’s mental health and called for a boycott of French goods. Earlier in the day, the European Commission warned that Turkish membership of the bloc was further away than ever in light of Erdogan’s remarks.

“France is united and Europe is united. At the next European Council, Europe will have to take decisions that will enable it to strengthen its balance of power with Turkey in order to better defend its interests and European values,” Trade Minister Franck Riester told lawmakers. without specifying the measures that would be taken.

Earlier on Tuesday, the European Commission warned that Erdogan’s comments made Turkey’s halted bid to join the EU an even more distant view.

Some French goods have been removed from supermarket shelves in several countries in the Middle East, including Qatar and Kuwait. Riester told reporters on Monday that the French government was not planning a mutual boycott of Turkish products.

The boycott is likely to have a marginal impact on France’s exports, French economist Stéphanie Villers told RTL radio, noting that tariffs on French wine imposed by the US last year were far more damaging. “If there was a real intention to harm France’s economy, all French products would be boycotted,” Villers said, noting that the more lucrative aviation and luxury sectors have not been affected.

Sanctions if Erdogan ‘provocations’ do not stop

EU leaders and officials gathered around France on Monday. Dutch Prime Minister Mark Rutte said his country stood with France “for freedom of speech and against extremism and radicalism”.

German Foreign Minister Heiko Maas described Erdogan’s insults to Macron as “a new low”, adding that his country “stands in solidarity with our French friends”.

Italian Prime Minister Giuseppe Conte added European criticism of Erdogan’s rhetoric later on Monday. “President Erdogan’s words to President Macron are unacceptable,” he wrote on Twitter. “Personal invective does not help the positive agenda that the EU wants to pursue with Turkey, but on the contrary pushes the solution away.” In a tweet written in French, Conte expressed his “full solidarity” with Macron.

Greek President Katerina Sakellaropoulou added that Erdogan’s rhetoric “promotes religious fanaticism and intolerance in the name of a clash of civilizations, [and] cannot be tolerated “.

In his comments on Monday, Erdogan called on European leaders to put an end to Macron’s alleged “anti-Islam” agenda. “I urge all my citizens from here to never help French brands or buy them,” he continued.