Home NEWS France is worried about the death of the “contemptible” teenage girl who...
Facebook
Twitter
WhatsApp
Linkedin
LINE 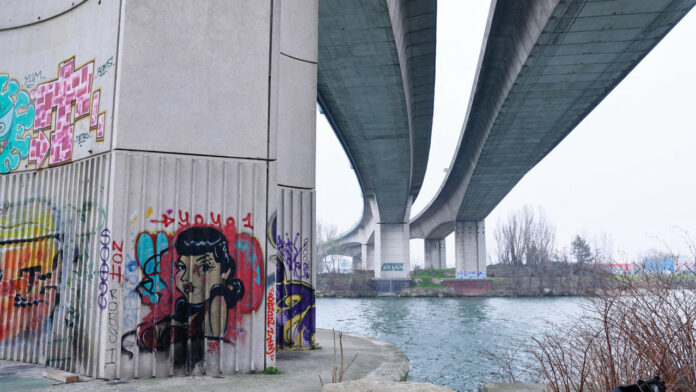 The French government on Wednesday paralyzed the “contemptuous” death of a 14-year-old girl whose battered body was found in the river Seine after she was bullied at school and online because of “compromise images” shared by her classmates.

A boy and a girl, both 15, who went to the same school as the victim in Argenteuil on the outskirts of Paris were arrested on Tuesday and brought before a judge for the purpose of being charged with murder, prosecutors said.

The murder late on Monday has raised new concerns about juvenile delinquency in France after a violent shooting accused of fighting between youth gangs.

Students interviewed by AFP outside the school in Argenteuil said the dispute began when pictures of the victim “in lingerie” circulated on the popular messaging service Snapchat.

Cognacq-Jay High School said in a statement that there were “tensions between these three students after the victim’s phone was hacked and compromising photos were published by her two classmates”.

“What happened to this young girl is absolutely horrible and despicable,” government spokesman Gabriel Attal told reporters after a cabinet meeting chaired by President Emmanuel Macron.

“She was the victim of bullying, of a downward spiral that led to this drama,” he added, promising those responsible would be punished.

“We know that bullying starts in school, it starts in the classroom and on the playground,” Attal said. “But what’s new in recent years is that it continues online after the lesson.”

The mother of the detained boy told police that her son admitted that he and his friend had met a young girl and she fell in the Seine, which flows through Argenteuil after leaving Paris.

Regional prosecutor Éric Corbaux said the judge had been asked to keep the couple arrested on Wednesday and that during their first imprisonment they “did not show immediate remorse”.

As minors, they risk up to 20 years in prison if convicted of murder.

Corbaux said the initial investigation had shown that the victim had been beaten by the boy and then thrown into the Seine with the help of the girl while she was still alive. She then drowned.

“The victim at that time was still conscious. She was crying, her eyes were opened. The young man and the young girl would have taken the victim to throw her in the Seine below the quay. It is a very high quay made of concrete,” the prosecutor said.

Asked about a possible motive for the attack, Corbaux said there had been rivalry between the two girls and a theft of photos of the victim.

The boy’s mother told BFM TV that her son had had a brief relationship with the victim before meeting his current girlfriend.

“I think it was some kind of love triangle and they couldn’t handle it,” she said.

The victim’s mother said the two suspects had previously issued death threats against their daughter. “They have taken away my heart,” she told BFM TV.

The school confirmed on Wednesday that the two detained youths had already been subjected to disciplinary action due to their behavior towards the victim and that her mother had been asked to submit a police report.

The couple had been banned from entering the school and had been called to participate in a disciplinary committee on Tuesday, the day after the victim was killed, the school said.

Concerns about youth violence grew even after a 15-year-old boy of Ukrainian origin was severely beaten in Paris in January. The attack was captured on video and went viral.

“Violence cannot be normalized,” Attal said, adding that a “criminal justice response was needed for minors that was faster and more effective.”