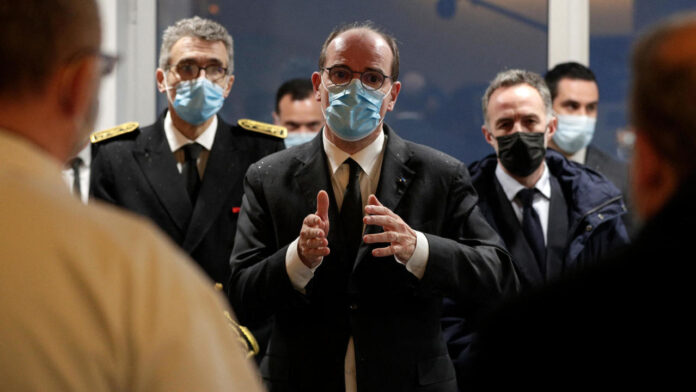 France must do everything possible to avoid a new lock-in of coronavirus as pressure on hospitals grows, said Prime Minister Jean Castex in an interview on the Twitch website on Sunday. He also urged the French public to believe in the AstraZeneca vaccine, which some European countries have discontinued due to concerns about post-jab blood clots.

The French government has so far resisted pressure from some health experts to introduce a new, third suspension in the face of rising cases.

Instead, it has introduced a 6pm nationwide curfew and weekend stops in two regions struggling to curb outbreaks while large shopping malls have had to close.

“We must use all available weapons to avoid a lock. I have never hidden it, let’s vaccinate, protect ourselves, get tested,” Castex said in his interview.

Meanwhile, the number of people in the intensive care units rose by 57 to 4,127, while the emergency resuscitation units ran at almost 82% of capacity, the highest since the end of November when France was in its second lockdown.

“The situation is not getting better, there are a higher and higher number of infections and hospitals are very burdened with many patients, whose average age is lower and who do not always have comorbidities,” says Castex.

The government plans to transfer about 100 patients this week by plane or special train from the Paris region to other cities to ease the pressure on hospitals in the capital.

‘We must trust AstraZeneca’

Labor Minister Elizabeth Borne said on Sunday that she had tested positive for Covid-19 and would continue to work, the latest senior French official to contract the virus.

At the same time, France’s vaccination program has gained momentum with the first 67,134 shots on Sunday, giving a total of 5,128,872 or 7.7% of the population, the health ministry said. Approximately 2,239,389 have received both injections as of Sunday.

In his Twitch interview, the French Prime Minister defended the use of the AstraZeneca vaccine, which a growing number of European countries have raised concerns about post-jab blood clots.

“We have to trust this vaccine and get vaccinated,” Castex said, warning that the country’s vaccination program would otherwise “fall behind”.

The World Health Organization, Europe’s drug watchdog, governments and experts have stressed that no causal link has been established between the vaccine and blood clots and insisted that the shot is safe.