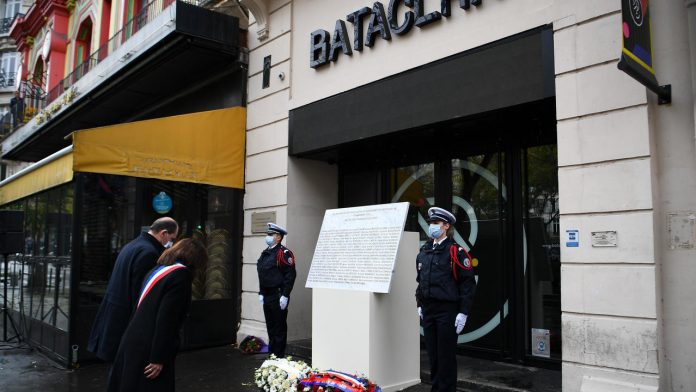 In silence and mourning, France marked five years since 130 people were killed by Islamist extremists targeting Bataclan’s concert halls, Paris cafes and national stadium in a series of coordinated attacks.

The night of the massacre on November 13, 2015, in which 130 people were killed and 350 wounded, was France’s deadliest peacetime attack that deeply shook the nation.

This led to intensified French military action against extremists abroad and a security measure at home.

The public was unable to attend this year’s Memorial Day due to France’s partial virus freeze.

Victims of Paris 2015 attacks: How do you live five years after?

The great horror of the attacks, claimed by extremists from the IS group, has left scars that have still not healed. After five years, the country is once again on its highest security warning after a series of attacks accused of Islamist radicals.

On Thursday, the IS group claimed responsibility for a bomb attack on Western diplomats who took part in a ceasefire ceremony in Saudi Arabia’s Jeddah. It came weeks after a knife-wielding attacker injured a guard at the French consulate in Jeddah.

Security sources say the terrorist threat is higher in connection with the current Charlie Hebdo trial and a new trial over the Paris attacks, which will open at the beginning of next year.