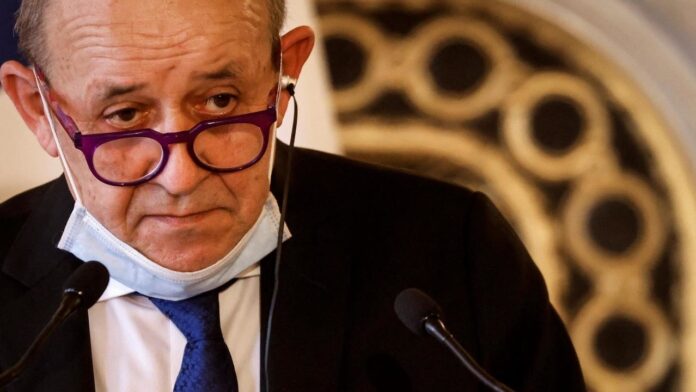 France and the United States clashed with Lebanon’s warring politicians on Thursday, with Paris saying it failed to help the country as it slid towards “total collapse”.

“It is tempting to say that this is not a country in danger of Lebanese politicians,” French Foreign Minister Jean-Yves Le Drian told a news conference.

“Everyone knows what needs to be done.”

France has taken a leading role in trying to break the political stalemate in its former protectorate, with President Emmanuel Macron visiting the country twice last year.

Lebanon’s deeply divided political class has failed to agree on a new cabinet since a massive explosion in the port of Beirut in August last year that killed more than 200 people and led to the resignation of the government.

Le Drian said that “nothing has happened” since Macron’s visit when he pursued a plan for the political parties to form a non-sectarian expert government that would be tasked with implementing economic reforms and tackling corruption.

“I think it is still not too late, but we are running out of time before total collapse,” the French minister added.

“The Lebanese people – we believe they deserve a government that will soon implement the necessary reforms to save the country’s deteriorating economy,” said State Department spokesman Ned Price in Washington.

“Lebanon’s political leaders must abandon their partisan brinksmanship, they must change course, they must work for the general good and common interest of the Lebanese people,” he said.

Lebanon is embroiled in protests and an economic crisis, which has led to rising unemployment and burgeoning prices while the currency has fallen to low dollars for the black market.

French officials have repeatedly expressed their outrage over what they see as Lebanese politicians who do not put the country’s interests ahead of their own.