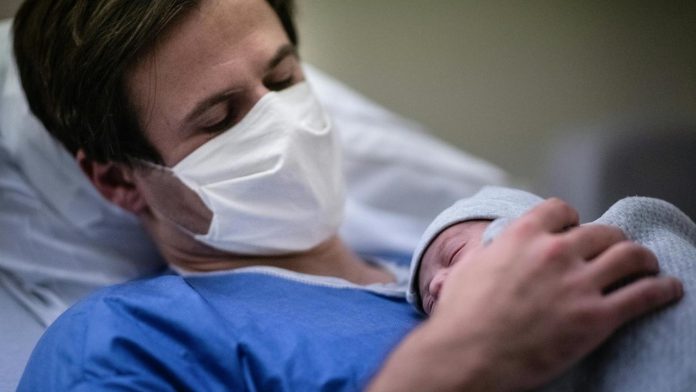 When France entered its first Covid-19 lockdown in March last year, jokes about an imminent explosion of “lockdown children” social media. But nine months later, recent statistics show that France seems to be experiencing an unusually large baby drought instead of a baby boom.

“Lockdown children” (bébés du confinement) and “Covid generation” (generation Covid) headline many jokes when the French were confined to their homes for two full months back in March, and another four weeks in November. The time that many French couples could finally spend together by being confined to their homes seemed to offer endless opportunities to reproduce. The fact that sales of pregnancy tests increased by 37 percent just four weeks into the first shutdown, and contraceptive sales plummeted 26 percent during the same period, seemed – at least in part – to support that theory.

On Tuesday, nine months later, the first nationwide results were announced. But instead of confirming a baby boom, figures from the Insee National Statistics Institute revealed a 2 percent drop in France’s birth rates. Although part of it can be attributed to a natural decline in our time, partly because women are waiting longer to have children and therefore may not be as fertile, Insee emphasized that the reduction in the latest statistics was really “steep”.

Experts say that there are many reasons for the decline in newborns and that many of them had actually predicted such a drought.

Eva Beaujouan, a researcher in fertility and family trends studies at the University of Vienna, said that historical, economic and health crises – such as the Great Depression of the 1930s and the flu pandemic of the late 1970s – have led to temporary birth reductions. prices.

“How people actually experience a lockdown and a pandemic is very different from how they may have projected it. It was much more stressful [than expected] and resulted in some very big changes for people, in terms of work and unemployment. Instead of having children, this may force them to postpone such projects due to the uncertainty and the new circumstances. ”

‘Not enough time to kiss’

Her argument is supported by a recent study published by Demographic Research on the effects of Covid-19 on fertility plans in Italy, Germany, France, Spain and the United Kingdom – countries locked in for periods in 2020, where a large number of respondents confirmed that they had either postponed or completely abandoned their baby plans due to the pandemic. In France, 50.7 percent of the population said they had postponed their plans to have a child and 17.3 percent said they had completely abandoned them.

Beaujouan told Jowharthat apart from the economic fears and general uncertainty caused by the coronavirus pandemic, the preventive lock-in measures themselves are also considered to have played an important role in the sudden decline in newborns.

“If you were single, the restrictions meant it was harder for you to meet a partner because you were stuck at home all the time.”

But it is also thought to have affected those who were actually locked in with their partners – and not just because a pandemic can affect both fertility cycles and human libido.

“At the end of the day, couples who were in prison together and who may have been at home with the children they have already had so much to do that they did not even have enough time to kiss each other,” Beaujouan laughed.

On a more serious note, she added that some people had to postpone childbirth because fertility clinics and other medical-assisted fertility facilities were shut down during France’s first shutdown.

However, Beaujouan added that although severe crises usually reduce birth rates, these baby breaks are generally temporary and are often followed by an encouraging “pick” in numbers.

“This is when life returns to normal and people have jobs again. In France, it is possible that we will get a collection in three years or something, and we can see a surplus in the births. ”