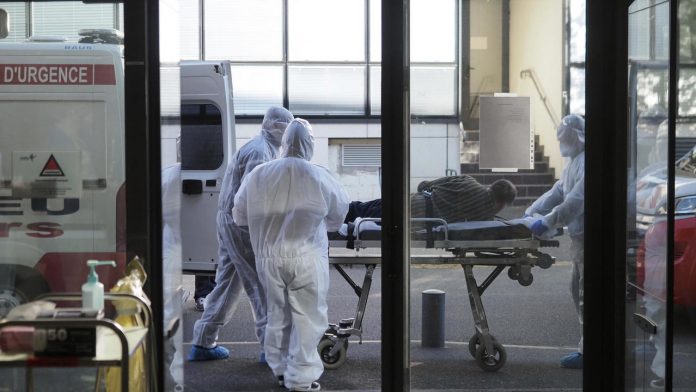 French hospitals registered 1,307 new coronavirus patients on Monday in the highest increase in a day since April 2, when there were 1,607 new patients as the health system comes under increasing stress from an ongoing infection rate.

Data from the French Ministry of Health showed that the country now has a total of 17,784 coronavirus patients in its hospitals, compared to a record 32,292 on April 14, at the height of the strenuous eight-week shutdown in the spring.

The ministry also reported 26,771 new confirmed coronavirus cases in the last 24 hours. On Monday, the number usually drops sharply due to reporting delays over the weekend.

The death toll rose by 257 and took the cumulative total since the start of the epidemic to 35,018.

This comes after France reported a record more than 52,000 new Covid-19 cases on Sunday, raising concerns that greater restrictions may be needed as the country struggles to stem the epidemic.

After crossing the 1 million mark last week, France has now overtaken neighboring Spain as the country with the highest number of confirmed cases in Europe, according to data released by the European Center for Disease Prevention and Control on Sunday.

“Between diagnosed cases, undiagnosed cases and asymptomatic cases, we are around this number. We are dealing with a virus that is spreading extremely fast. ”

Sources told Reuters that the authorities were looking at the possibilities for increasingly stringent measures to combat Covid-19, including starting a curfew from 1 p.m. 21 to kl.