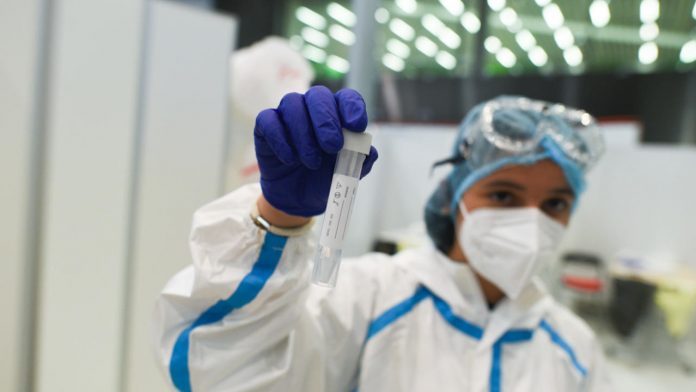 Viral pressure is rising at French nursing homes, where more than 400 people with COVID-19 have died in the past week and some residents are once again confined to their rooms and cut off from their families.

“I cry every day,” says Patricia Deliry, 81, whose daughter usually provides daily care at her nursing home in Paris but has been kept away for the past two weeks as part of her home virus protection. Deliry has also not been able to see the residents. “We are limited, closed from morning to night.”

French Health Minister Olivier Veran said on Friday that the government is sending 1.6 million rapid virus tests to nursing homes across the country to have them tested by staff. It is part of the effort to avoid mass confinement of nursing homes after anxiety caused during a nationwide lockdown in the spring. Germany launched a similar program this week.

“The goal is to learn from the first wave,” said Brigitte Bourgignon, the government minister for the elderly, as he visited a nursing home south of Paris on Friday. “What we want is to stay on this line of balance – which is difficult – between the protection we owe our elders but also the fact that we should respect their rights and therefore not isolate them completely.”

More people have died with the virus in French nursing homes in the last two weeks than in the previous five months combined, according to figures from the public health service. The health minister said on Friday that 15% of homes currently have active virus cases and “mortality is increasing every day, as we saw in the first wave.”

France has reported a total of 12,079 virus-related deaths in nursing homes; many other nursing homes died after being taken to hospital. They make up a large proportion of the 39,037 reported deaths in France, among the world’s highest tolls.

France is currently under a new partial lock-in as total virus inputs and deaths have risen sharply in recent weeks, but nursing homes may remain open if precautionary measures are taken. Many still allow visitors to see family members through plexiglass dividers or at a great distance.

Deliry’s nursing home has said that it periodically interrupts family visits and restricts some residents when new cases arise and then allows them with distance and disinfection requirements when the risk decreases. But for the residents and their relatives, the unpredictability is deeply frustrating.

“There is at least one television (in the room), otherwise I would hit my head against the wall,” Deliry, who is partially disabled after a stroke, told the Associated Press.

At the same time, the care staff is increasingly under pressure. Bourguignon said doctors would be called in to strengthen the medical staff and told workers: “Hang in there. Yes, the second wave is here, and there will be a lot of work to do, and there will be difficult situations. ”