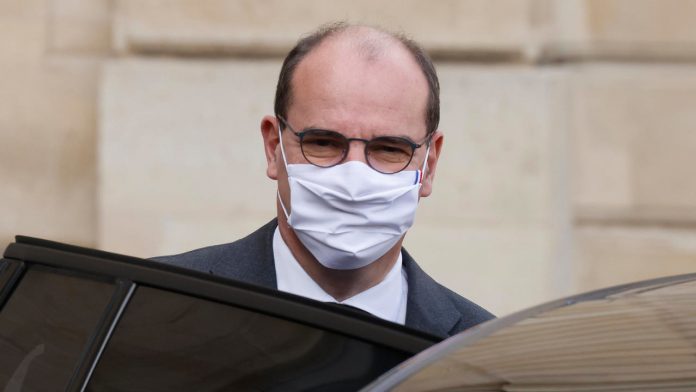 French Prime Minister Jean Castex was due to announce new restrictions to parliament on Thursday during a nationwide Covid-19 lockdown, a day after President Emmanuel Macron said drastic action was needed to curb another wave of the virus, which has been more deadly than expected.

Castex was set to speak to the National Assembly, France’s lower house, and then to the Senate, where the measures will be put to the vote before revealing the new lockdown measures in a television address on Thursday night.

France is entering another nationwide lockdown this year from midnight Thursday amid a rise in Covid-19 cases that have threatened to overwhelm French hospitals.

In a speech to the nation Wednesday night, Macron noted that “the virus is spreading across France at a rate that even the most pessimistic did not predict.”

He admitted that a curfew for Paris and other major cities imposed two weeks ago had not slowed another wave of cases that have sent the death toll in France to nearly 35,000.

“Like elsewhere in Europe, we are overwhelmed by another wave that is likely to be more difficult and deadly than the first,” Macron said.

Already, more than 3,000 intensive care patients are forcing hospitals to crib after beds, and “no matter what we do, nearly 9,000 people will be in intensive care by mid-November,” he warned.

The new nationwide lockdown would initially be enforced until Dec. 1, Macron said, though schools and nurseries remain open.

The new measures, which take effect on Friday, will mean people will stay in their homes except to buy essential items, seek medical attention or spend their daily allotment of an hour of training.

Cafes, restaurants and shops close down unless they are considered to sell important goods, such as supermarkets and pharmacies.

People are still allowed to go to work if their employer finds it impossible for them to do the job from home, Macron said.

“Like in the spring, you will only be able to leave your home at work, for a doctor’s visit to help a relative, shop substantially or go out into the air for a short time,” the French president added.

Anyone outside their home will have to carry a written statement justifying their presence outside.

‘The economy must not stop’

The new measures repeat the eight-week lockdown that France enforced in the spring, when hospitalizations and deaths caused by the Covid-19 virus reached its peak.

But unlike the two-month shutdown that was introduced last spring, students up to high school level will continue to go to school.

Universities that have been the source of several virus collections since September will only have online classes.

Factories and farms will also be allowed to operate, and some public services will operate to limit the economic damage that would come from shutting down the country completely.

Professional athletes are also allowed to continue training and competing.

“The economy must not stop or collapse,” Macron said, although working from home will be the norm for companies that can manage it.

He has promised further financial relief for businesses, acknowledging that many were hoping to be open ahead of the crucial holiday season, which now seems in jeopardy.

“If in two weeks we have the situation under better control, we will be able to reassess things and hopefully open some companies, especially for the Christmas holidays,” he said.

“I hope we can celebrate Christmas and New Year with the family,” he said.