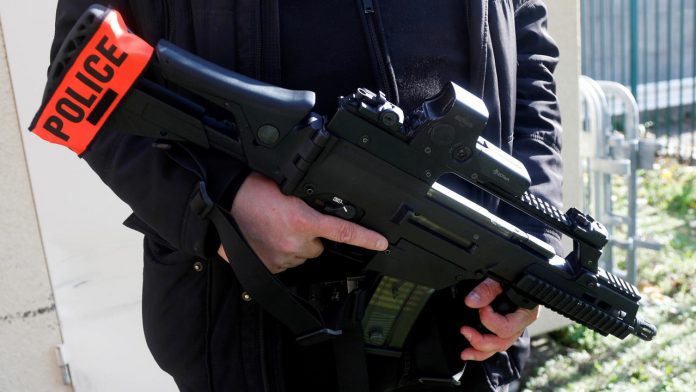 France is increasing security in religious sites when the interior minister said on Tuesday that the country faces a “very high” risk of terrorist threats amid growing geopolitical tensions following the beheading of a teacher who showed his class caricatures of the Prophet Muhammad.

French diplomats are trying to quell anger in Turkey and Arab nations during protests against France, calling for a boycott of French goods in response to President Emmanuel Macron’s firm stance on Islamism in the wake of the October 16 beheading. European allies have supported Macron, while Muslim-majority countries are angry at his defense of prophetic drawings that they consider sacred.

France’s national police have called for increased security in religious sites around the All Saint holiday this coming weekend and in particular noted online threats from extremists against Christians and moderate French Muslims.

Interior Minister Gerald Darmanin said on France-Inter radio that the terrorist threat remains “very high because we have many enemies inside and outside the country.”

He reiterated plans to try to dissolve Muslim groups that were seen as a mix of dangerous radical views or with too much foreign funding. He particularly accused Turkey and Pakistan of “interfering in France’s internal affairs.”

“There is a struggle against an Islamist ideology. We must not withdraw, “he said. But he insisted that “the Muslim faith has its place in the republic.”

Some members of France’s largely moderate Muslim community are calling for calm and defending the freedom of speech that the beheaded teacher tried to demonstrate.

The Prophet’s cartoons deeply upset many Muslims around the world. Turkish President Recep Tayyip Erdogan has led the indictment against France, questioning Macron’s mental state, and France recalling its ambassador to Turkey for consultations, a first in Franco-Turkish diplomatic relations.

Tensions between the two countries have risen in recent months over Turkish actions in Syria, Libya and the Caucasus Mountains in Nagorno-Karabakh. But this new saliva has quickly spread to other countries in Europe and the Muslim world.

Anti-France protests have been held from Bangladesh to the Gaza Strip, Kuwaiti shops pulled French yogurt and bottles of sparkling water from their shelves, Qatar University canceled a French culture week, and the Pakistani parliament passed a resolution condemning the publication of cartoons of the Prophet.

EU officials warn that Turkey’s stance could further damage its relations with key trading partners and its long-standing efforts to join the EU.

“A boycott will only move Turkey even further away from the EU,” European Commission spokesman Balazs Ujvaris said on Tuesday, insisting that Turkey must respect the terms of its trade agreement with the EU.