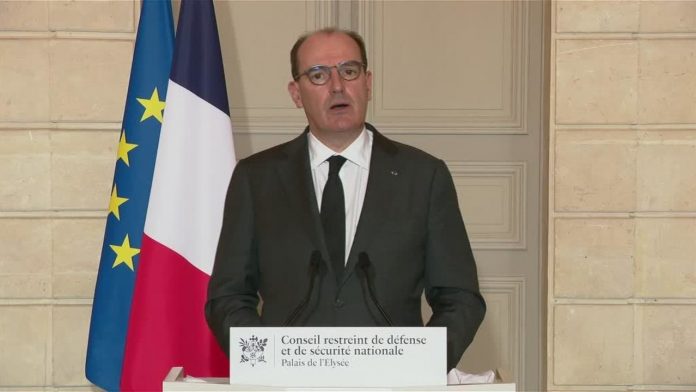 France is closing its borders to people arriving outside the EU from Sunday to try to stop the spread of new strains of coronavirus and avoid a third deadlock.

The French Prime Minister Jean Castex announced the measure on Friday night after an urgent government health security meeting at the Presidential Palace and warned of a “major risk” from the new variants.

Everyone arriving from other EU countries will need to produce a negative virus test, he said. France will also close all major shopping centers from Sunday and restrict travel to and from its overseas territories.

Castex ordered an increase in police checks on those who violate France’s expiration date 12 hours a day, hold secret parties or reopen restaurants in violation of a closure order since October.

Covid-19 infections, hospital stays and deaths have increased steadily but not sharply in recent weeks. Many doctors have called for a new nationwide suspension like those introduced in several other European countries.

Castex said the measures are an attempt to avoid the financial cost of a third lock. He added that “the next few days will be crucial” in terms of any new restrictions.

At present, more than 60 percent of intensive care beds are occupied by coronavirus patients. France has reported more than 75,000 deaths, the seventh highest in the world.