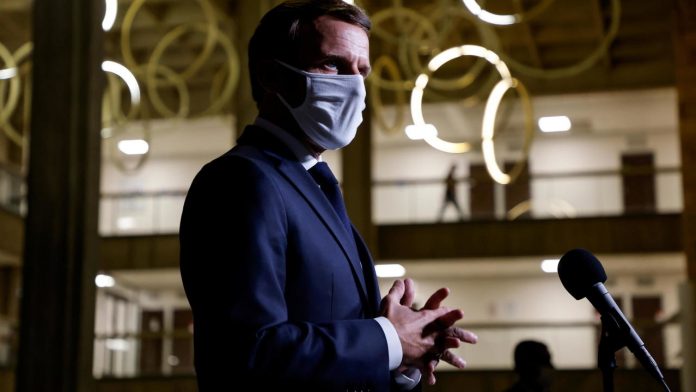 French President Emmanuel Macron on Tuesday announced the dissolution of a pro-Hamas group active in France, accused of being “directly involved” in the assassination of teacher Samuel Paty. Speaking days after Paty was beheaded last Friday, he said actions against Islamist extremism would be “intensified”.

The decision to close the Cheikh Yassine Collective, which supports the Palestinian cause and is named after the Hamas founder, will be taken at Wednesday’s cabinet meeting, Macron told an audience during a speech after a meeting with a unit for the fight against Islamism. , in the northeastern Paris suburb of Bobigny.

The French group was set up by Abdelhakim Sefrioui, a radical Islamist activist who is now in police custody as part of the investigation into the attack. Sefrioui is the author of one of the videos in which the father of a girl at school accused Paty of insulting Islam and calling him a “bully”.

Samuel Paty had shown his students cartoons of the Prophet Mohammad in a bourgeois class on free speech earlier this month.

Macron said four days after Paty’s beheading triggered police raids on people and institutions with alleged links to Islamist militants, that “actions will be intensified” against Islamist extremism.

“This is not about making more statements,” Macron said during a visit to a Paris suburb. “Our fellow citizens expect action. These actions will be intensified.”

“We know what to do,” the French leader told reporters.