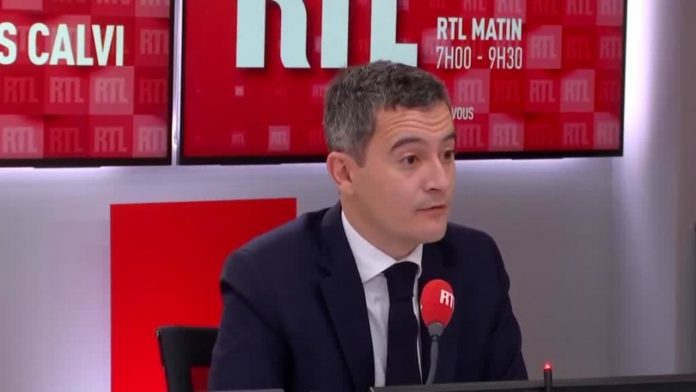 French authorities will drop on Thursday at dozens of mosques and prayer halls suspected of radical teachings as part of a crackdown on Islamist extremists after a series of attacks, Interior Minister Gérald Darmanin said.

Darmanin told RTL radio that if any prayer hall was found to promote extremism, it would be closed.

The inspections to be carried out on Thursday afternoon are part of a response to two brutal attacks that particularly shocked France – the beheading of a teacher who showed his students drawings of the Prophet Mohammed and the stabbing to death of three people in a church in Nice.

Darmanin said 76 mosques out of more than 2,600 Muslim worship had been flagged as a possible threat to France’s Republican values ​​and security.

He did not reveal what worship was to be inspected, but in a message he sent to regional security chiefs, seen by AFP, he listed 16 addresses in the Paris region and 60 others around the country.

“In some concentrated areas, there are places of worship that are clearly anti-Republican,” Darmanin told RTL radio, “(where) imams are followed by intelligence services and where discourse is contrary to our values.”

But he added that the fact that only a fraction of mosques in France were suspected of including radical theories showed that “we are far from a situation of widespread radicalization”.

“Almost all Muslims in France respect the laws of the republic and are harmed by it (radicalization),” he said.

Investigators will dig into the funding of mosques and the background of imams who are considered suspicious and search for evidence, among other things, for Koranic schools for young children.

The killing of the teacher, Samuel Paty, who had shown his students cartoons of Mohammed in a class on freedom of speech, sent shock waves through France, where it was considered an attack on the republic itself.

In the aftermath of his assassination, authorities looted dozens of Islamic sports groups, charities and associations suspected of promoting extremism.

They also ordered the temporary closure of a mosque near Paris that shared a vitriolic video encouraging hatred against Paty.

President Emmanuel Macron has warned of the growing threat of ‘Islamist separatism’ and its challenge to the unity of the secular French Republic. French core values ​​such as freedom of religion, gender equality and the right to blasphemy are threatened in localized areas, he said.

“Given this disease that is eating in our country, France has come together with resilience, with determination,” the president wrote in a letter to the Financial Times in November.

The government’s actions have made some Muslims feel increasingly foreign to their own country. Some Muslim leaders, despite supporting the government’s fight against Islamism, have warned it against inadvertently lumping an overwhelming majority of its faith with the “promoter of hatred”.