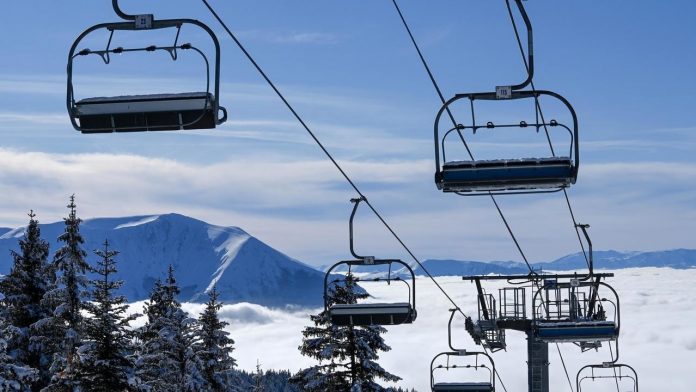 Ski lifts in resorts in France will remain closed in early February, the government said on Wednesday, mainly writing off this winter sports tourist season due to the Covid-19 pandemic.

The ski lifts will not be able to open from 1 February, the date given by the government for a possible easing of the restrictions and a “reopening in mid or late February seems very unlikely”, says Minister of Tourism Jean-Baptiste Lemoyne.

At a video conference with industry players, he acknowledged that the season would be a write-off for the sector, which accounts for between 250,000 and 400,000 direct and indirect jobs in France.

France is currently not in lockdown and people are in theory free to visit alpine resorts and stay in hotels. But restaurants are also closed and the lack of ski lifts prevents tourists from enjoying downhill skiing, although cross-country skiing and snowshoeing are possible.

Prime Minister Jean Castex will meet with industry players in the coming days to “complete the financial support measures” for companies affected by the extended closure, Lemoyne said.

“The snow cannons will not work, so the compensation cannons must be there,” he said.

The occupancy rate at ski resorts has already collapsed to “20 or 30 percent” at most, “compared to 95 percent usually” during the Christmas weekend, he added.