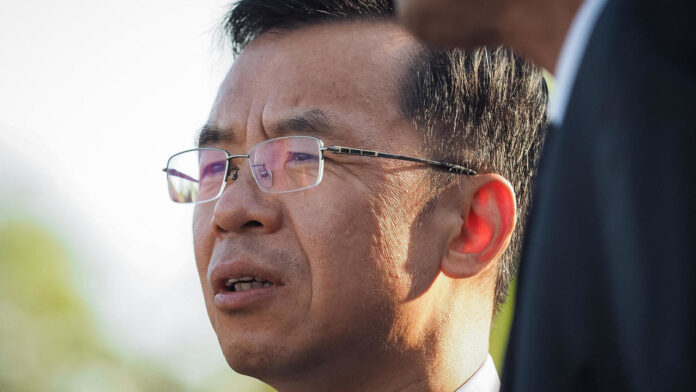 On Monday, the French Foreign Ministry condemned “unacceptable comments” from the Chinese ambassador to Paris in recent days, including “insults and threats against lawmakers and a French researcher.”

In a statement, the ministry also condemned the sanctions China has imposed on ten Europeans, including five MEPs, in response to Western sanctions against Chinese officials over alleged violations of the country’s Uighur minority.

The ambassador, Lu Shaye, will be called to the ministry over his latest comments, it added.

Lu, an envoy known for his aggressive and outspoken comments on the embassy’s Twitter account, has recently targeted several people, including Antoine Bondaz, a Chinese specialist at the Foundation for Strategic Research (FRS).

As of Friday, he mocked Bondaz as a “small-scale hat”, a “crazy hyena” and an “ideological troll” with “anti-Chinese” attitudes after complaining about Chinese pressure on French lawmakers hoping to visit Taiwan.

The Foreign Ministry said it would remind Lu of “the basic rules of the Vienna Convention on Diplomatic Relations … the embassy is urged to follow them strictly.”