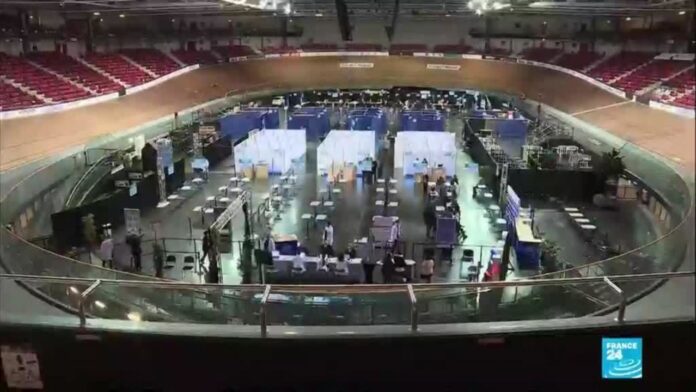 France is stepping up its vaccination campaign by turning large sports arenas and other large complexes into mass-covid-19 vaccination nuggets in an effort to reduce inoculation waiting times. The goal is for 10 million people to have been vaccinated in mid-April and 30 million by the beginning of the summer. France’s total population is 67 million.

From Marseille to Toulon to Lyon and Paris, work is currently underway to transform some of France’s largest sports arenas – including the Paris Stade de France – into mass Covid-19 vaccination centers.

In mid-April, about 35 vaccination buds are expected to be up and running in a move aimed at reducing the country’s long waiting times and reducing the risks of visiting smaller clinics for a vaccine.

“It is still for those over 75, but we suggest that we lower the age as soon as possible,” said French MP Jean-Michel Fourgous.