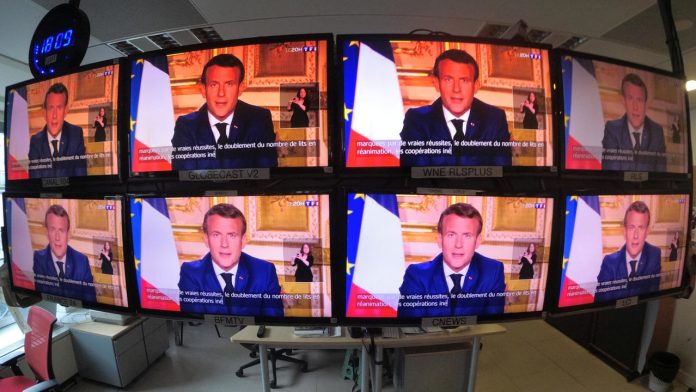 France is pushing for a possible new shutdown as President Emmanuel Macron holds a TV address on Wednesday with the aim of stopping a rapidly rising tide of coronavirus patients in French hospitals. See his address live at 20:00 Paristid (GMT + 2).

Health officials recorded 523 virus-related deaths in 24 hours on Tuesday, the highest daily figure since April, bringing the country’s total death toll to 35,541, the third highest number in Europe after Britain and Italy.

Many French doctors have called for a new nationwide shutdown, noting that 58 percent of the country’s intensive care units are now occupied by Covid-19 patients and medical staff are under increasing pressure.

The French government has been reluctant to impose a new shutdown that will crush the economy even harder, and business executives have warned that a total shutdown will force another wave of layoffs and bankruptcies.

Earlier Wednesday, Germany announced a four-week shutdown of restaurants, bars and leisure facilities in an attempt to curb a sharp rise in coronavirus infections following similar measures in Italy and Spain.