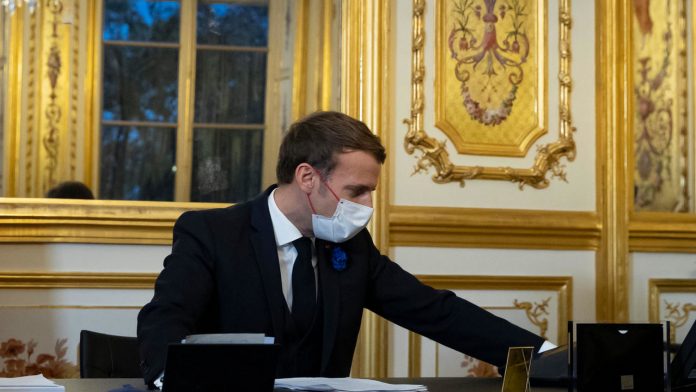 French President Emmanuel Macron held his first telephone conversations with Joe Biden on Tuesday since the Democrat was elected the next president of the United States, his office in the Elysee Palace said.

The talks between Biden and Macron, who sought to form a close partnership with outgoing President Donald Trump, focused on international cooperation on key global issues, it added.

“The President congratulated Joe Biden and his Vice President Kamala Harris and emphasized his desire to work together on current issues – climate, health, the fight against terrorism and the defense of fundamental rights,” said Elysee.

Macron has never met Biden, who served as vice president under Barack Obama from 2008-2016 before Macron arrived at the Elysee in 2017.

Unlike some other EU leaders, Macron initially tried to build a strong relationship with Trump, hosting him for a high-profile visit to Paris in 2017 and then again for the 2019 G7 summit in Biarritz.

But analysts say the French leader has little to show for diplomacy, with big differences between Paris and Washington on issues ranging from Iran to the taxation of digital giants.